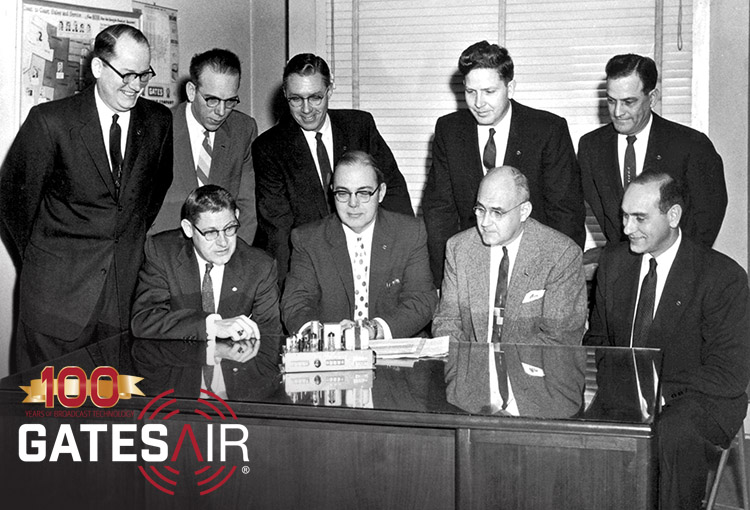 Return to NAB offers a time to network with customers and partners, reflect on successes and unleash new innovations as the industry’s leading over-the-air broadcast supplier celebrates its golden anniversary.

USA: The dawn of broadcasting arrived at 6pm on the evening of November 2, 1920, when AM radio station KDKA of Pittsburgh signed onto the airwaves to announce the results of a presidential election. Months later, a food products specialist by the name of Henry Gates came to Pittsburgh on business, taking his son Parker, a radio enthusiast who began building crystal radio sets at age 11, along for the journey. Considering young Parker’s gift for engineering, the trip would not have been complete without a visit to the KDKA studios. The experience left an impression on father and son, planting the seeds for a family-operated radio equipment company they would launch from their Quincy, Illinois home in 1922.

The Gates family had no way of knowing that Gates Radio Company would reach its centennial birthday. However, the vision of then 14-year-old Parker Gates, with the support of Henry and his mother Cora B. Gates, lives on today as the company now known as GatesAir celebrates its 100th year in business. GatesAir will formally recognize the historic milestone at the 2022 NAB Show (April 24-27) with a series of raffles and prizes - including crystal radio sets in recognition of Parker’s earliest innovations - planned on the company’s booth (W7426) at the Las Vegas Convention Center, where GatesAir will also demonstrate its latest innovations for over-the-air broadcasters.

GatesAir’s impressive longevity points largely to its dedication to the over-the-air broadcaster. Following the sale of its first AM radio transmitter in 1936 (to WJMS in Ironwood, Michigan), transmission gradually became the company’s core focus over the ensuing decades. GatesAir, then a part of Harris Corporation, would add TV transmitters to its product lineup in 1972. The company expanded its brand of wireless content delivery with the acquisition of Intraplex in 1999, then a specialist in legacy STL systems and today a leader in Audio over IP networking. 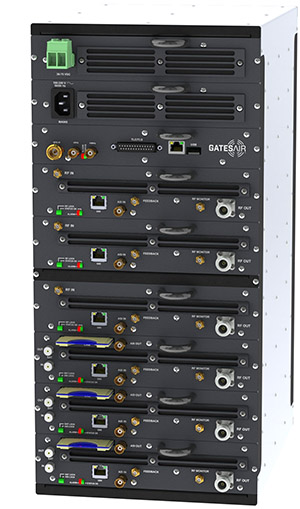 These three businesses serving over-the-air broadcasters - radio transmission, TV transmission and Intraplex networking - remain GatesAir’s exclusive focus today, with new products and features across each business planned for the 2022 NAB Show. That includes the Maxiva IMTX-70 Intra-Mast, a modular, multi-tenant transmitter solution that can house up to eight low-power TV transmitters in one compact chassis; and Intraplex Ascent, a cloud transport solution that can move broadcast and media content at scale. First introduced for radio broadcasters, GatesAir will unveil Ascent’s benefits for moving large volumes of ATSC 3.0 TV content at this year’s NAB show.

“GatesAir has outlasted and outperformed its competition over the long haul because we have remained focused on a business that we do very well,” said Joe Mack, Chief Revenue Officer, GatesAir. “That includes building the most reliable and efficient transmitters in the business, and it means moving heaven and earth when it comes to customer service and support. I think our partners and customers really value that.”

Mack’s statement is certainly validated by customers worldwide. According to Stefan Hadl, Vice President of Engineering for Hearst Television, GatesAir has been a “key partner for many years” that helped the broadcaster navigate unique and complex challenges.

“GatesAir has been a true partner that provided the technology and innovation we needed to make the transition from analog to digital TV, and from IOT tube transmitters to the highly efficient solid-state rigs of today,” said Hadl. He also points to GatesAir’s guidance through the complex challenges of the recent spectrum repack, of which GatesAir was Hearst’s exclusive transmitter supplier. “GatesAir’s stellar customer support is in a class of its own. I sleep better at night knowing I can reach out at any time of day or night for help in any of our markets.”

GatesAir also remains a strong presence on the global stage, where the company continues to win national digital TV and digital radio network buildouts, and refresh FM and AM radio infrastructure worldwide. This is one reason why GatesAir enjoys lengthy business relationships with in-country channel partners worldwide in the APAC, CALA and EMEA regions.

“GatesAir has been by far our strongest and most trusted broadcast equipment partner, and the stability of their 100 years in business is unmatched by other suppliers,” said Khun Pattara Pojanapanich, First Executive Vice President for Loxley Public Company, GatesAir’s partner in Thailand for more than 40 years. “GatesAir has always been seen as the market leader by consistently introducing award-winning new products that best fulfill customer requirements. In the last 10 years, they have helped us transition from analog to DVB-T2 television with more than 95% nationwide coverage. This year, GatesAir is providing Loxley with state-of-the-art VHF transmitters for the government’s digital radio trials.”

Radio is of course the business on which GatesAir was founded, and its innovation for the medium is unparalleled. As Harris, the company introduced the broadcast industry’s first solid-state AM transmitter (1973), digital FM exciter (1993) and HD Radio exciter (2003) among other industry-firsts. The company continues to support AM and FM broadcasters of all sizes worldwide.

“GatesAir has truly been the leader in innovation for the industry, and always seeks to design and support products that are more reliable, efficient and built to last,” said John Kennedy, Senior Vice President of Technical Operations, Audacy. “Regardless of what size of a broadcaster you are, GatesAir works with you on a very personal level. They give you the time and attention you need to make thoughtful business decisions, as if you’re the only customer that matters. They are a true leader when it comes to emergencies as well, and are right there to work with you if you need help during a disaster.” 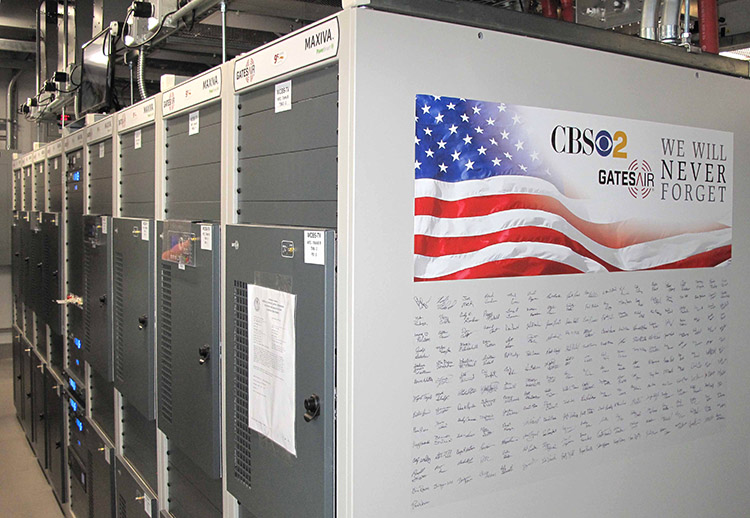 The last point is echoed by Bob Ross, retired Senior Vice President, East Coast Operations for CBS Broadcasting, which along with the tragic loss of two employees and some transmitters when the World Trade Center collapsed. Every broadcaster in the market was knocked off the air immediately, though CBS had a 34-year-old Harris tube transmitter on the Empire State Building that they were able to use in a time of profound crisis. There were reliability concerns firing up a transmitter of such age, though GatesAir’s customer service shined in the moment.

“The transmitter came up, but we were concerned about burning up the very small cavity on the tube,” said Ross. “I called Joe (Mack) and said, ‘We need a little help here.’ The Harris people in Quincy dug out the original blueprints, tracked down an original design engineer of that transmitter who had retired, and within one day they machined and shipped parts so we could rebuild the cavity. The best part is that they fit perfectly, and within two days we were back to full power. That is customer service.” 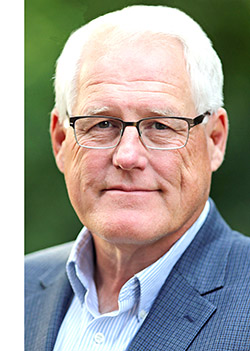 GatesAir CEO Bruce D. Swail notes that he is very proud to be associated with a company with such deep customer loyalty - an integral component of any company of notable longevity.

“The story of GatesAir over 100 years is terrific,” said Swail, who was appointed CEO of GatesAir in 2017. “The spirit of innovation from the company’s beginnings remains here today. We see it alive and well in our manufacturing operation, in the new products we will bring to NAB, and across our global team of employees that deliver day in and day out. There is a century of knowledge and expertise at GatesAir, and that is an important part of the value proposition for our global customer base. We will continue to bring new technologies to market that solve problems and create new opportunities for broadcasters, and provide exceptional customer support along with that innovation for the next 100 years.”