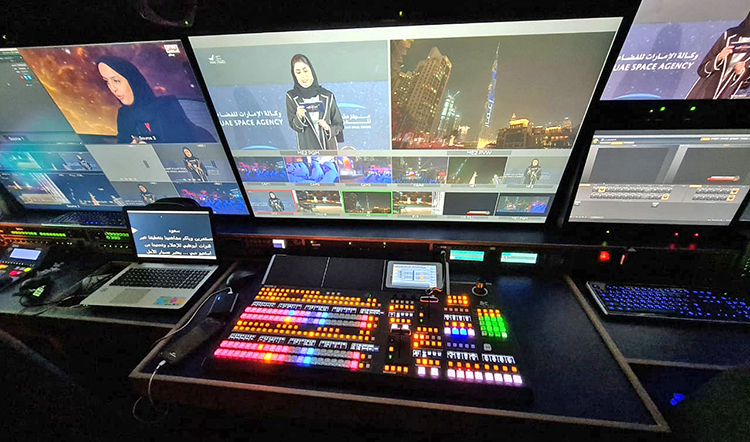 UAE: FOR-A Middle-East Africa, a subsidiary of FOR-A Company Limited, has announced Cubic Media Production, a broadcast and production company based in Abu Dhabi, UAE, has anchored its newest production vehicle with a FOR-A HVS-490 digital video switcher. The truck has been booked for a variety of high-profile projects, from multi-camera production of professional football matches to last month’s coverage of the historic UAE Mars probe for Abu Dhabi TV. 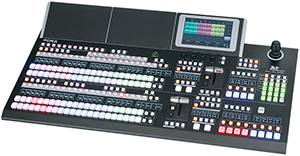 Beyond the HVS-490, UNIT2 4K also includes two FA-505 and three FA-9600 multi-channel signal processors, which are mainly used to convert external sources to 4K during productions. However, the processors can also be used to synchronize inputs, embed and de-embed audio, provide color correction, and downconvert footage from 4K to HD or HD to SD. Other installed FOR-A gear includes the MFR-3000 and MFR-3232 routing switchers.

This is not Cubic Production’s first FOR-A purchase; the company features FOR-A equipment in several of its mobile production units. “We trust their products for our live broadcasts as well as their support here in UAE,” Hamdan said. “The outstanding technical and operational support we receive before and after purchasing makes us confident about having FOR-A in most of our broadcast chains. It gives us a feeling that FOR-A is a team member, rather than a product.”

“You don’t get selected to produce live coverage of prime projects like the Mars probe unless your company is reliable and delivers high-quality work,” said Mohammed Abu Ziyadeh, FOR-A System Engineering Manager. “Cubic Production continues to put its trust in FOR-A products because they are dependable, affordable, and packed with features for HD and 4K workflows.”

With integrated frame synchronizers and multi-viewers, the HVS-490 reduces the amount of equipment required for live production. Event memory and macro functions make it easy to setup the switcher quickly for live performances, while support for multiple control panels enables several operators to work on separate tasks. MELite™ technology eliminates the need for multiple switchers in a multi-monitor staging scenario, and extends the switcher’s 2 M/Es to 6 M/E performance. When equipped with optional I/O expansion cards, the HVS-490 supports 40 inputs/18 outputs, 36 inputs/20 outputs, or 32 inputs/22 outputs, including two-channel HDMI outputs. Plus, FOR-A’s FLEXaKEY™ allows a traditional AUX bus to transform into a functional mix effects with cuts, mix, wipes, keys, and DVE including full preview.