USA: As part of the company's commitment to the needs of broadcasters, FOR-A will showcase a full line up that support the SMPTE ST 2110 standard at the upcoming 2022 NAB Show New York. The SMPTE ST 2110 standards support multicast IP streaming of uncompressed video over local area networks for a more scalable and vendor-agnostic solution. Among the highlighted FOR-A hardware offerings with an ST 2110 interface are the FA-1616 multi-channel signal processor, MV-1640IP IP Multi Viewer, and the HVS-6000 4K/HD video switcher. Software solutions supporting the standard at NAB New York include the SOAR-A Edge IP transport appliance; SOAR-A IPTV, an IP distribution service, SOAR-A Graphics, a CG and graphics engine; and SOAR-A Play, a-software-based media server. 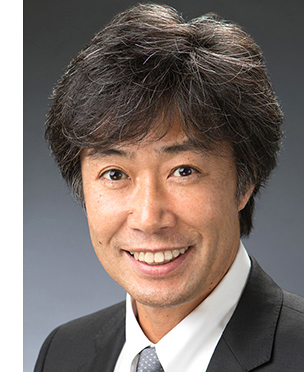 FOR-A will exhibit in booth #1024 during the show held October 17-20 at the Javits Center in New York City. "While we've built our reputation on rock-solid SDI as well as hybrid solutions, much of the FOR-A ecosystem also supports IP, either built in or optionally, including SMPTE ST 2110 standard capability," said Satoshi Kanemura, President, FOR-A Americas. "We're eager to discuss in depth the flexibility and scalability this provides our entire live production platform during the NAB New York show."

With its software-defined architecture, FA-1616 users can choose the configuration that best suits their needs. Available expansion cards allow the selection of bitrates (12G/6G/3G/HD-SDI), video over IP (SMPTE ST 2022/SMPTE ST 2110), and audio I/O (embedded audio, AES/EBU, analog audio, MADI and Dante). That makes the FA-1616 an ideal gateway between SDI and IP as well as IP to IP and SDI to SDI.

The FA-1616's processor also supports 4K/12G-SDI/High Dynamic Range/Wide Color Gamut and simultaneous processing of 4K UHD and HD video by using four channels together as a 4K processor. Like other products in the FOR-A line, it can be monitored and controlled via a web browser or Ember+ and monitored via SNMP networking protocol. To ensure reliability and peace of mind in every situation, a redundant power supply is standard. With the added functionality of software-defined architecture, expansion cards, and effective signal processing, the FA-1616 is valuable in many production environments.

The powerful HVS-6000 4K UHD Production Switcher provides 12G-SDI capability on all inputs and outputs (80 inputs/32 outputs or 64 inputs/48 outputs), with an optional board-mounting connector allowing IP interfaces to be mounted on all I/O slots. Thus, the HVS-6000 can be migrated to an SMPTE ST 2110-capable switcher. Because it provides an ideal upgrade path from HD to 4K UHD, there's no need to replace the entire switcher when looking to upgrade. It also includes a frame synchronizer on all inputs, frame buffer, 3D DVE, and 2 M/Es, plus a third M/E via an optional card. Up conversion can be added to all inputs, and down conversion can be added to all outputs (optional). In 4K mode, the unit determines the type of SDI input automatically and up converts HD/3G-SDI to 4K.

The MV-1640IP IP Multi Viewer can input 16 streams and output 4 streams of SMPTE ST 2110 HD video via one port. By using two SFP+ connectors, it can support the redundant environment of SMPTE ST 2022-7. The MV-1640IP uses NMOS for stream switching. Designed for IP or hybrid production workflows, the 1RU MV-1640IP supports up to 32 inputs (16 IP and 16 SDI) and five monitor outputs. With an SFP+ port, the MV-1640IP is compatible with 10GbE and 25GbE environments.

The SOAR-A Edge transport appliance for REMI solutions features an expandable IP-based architecture and supports the conversion and delivery of SD, HD, 4K and NDI® to SMPTE ST 2110 signals. It is compatible with WebRTC and utilizes RIST (Reliable Internet Streaming Transport). The SOAR-A Edge system serves content creators transitioning to IP, live event producers looking for a 12G 4K video production solution; as well as those looking for a workflow with low latency, software-based services.

The SOAR-A IPTV IP distribution service is ideal solution for a SMPTE ST 2110 suite. SOAR-A IPTV is an ultra-low latency, web distribution service that provides streaming from one location via WebRTC to any number of remote browsers or set top boxes. It requires a single SOAR-A device at the main location with set top boxes or PCs at remote locations for display. Viewers can watch the video on standard computers, tablets and smart phones. Cameras can also be monitored via a low latency preview on the web browser without any custom software. And SOAR-A IPTV also enables 24/7 recording.

The SOAR-A Play media server also supports SMPTE ST 2110 and can be used as an IP-optimized multi-channel playout system, available in either two- or four-channel configurations. The server offers a web interface to allow control from any device without prior installation, and it is specifically suited for collaborative work between multiple users and groups, allowing concurrent operation. The video server supports a wide range of wrappers and codecs for recording and playback, including play while recording. A flexible event processor enables close integration with FOR-A production video switchers, routing switchers, CG generators and other studio equipment to orchestrate event triggering for a seamless production.

SOAR-A Graphics are high-performance software and systems with SMPTE ST 2110 and NDI® support that form an ideal complement to FOR-A switchers. Its CG Edit Suite provides graphics creation, and the system's LiveBoard handles graphics playout, which enables easy setup, connectivity, and use in broadcast and live event production.

These and other key products from the FOR-A range can be seen on booth #1024 at NAB Show New York. 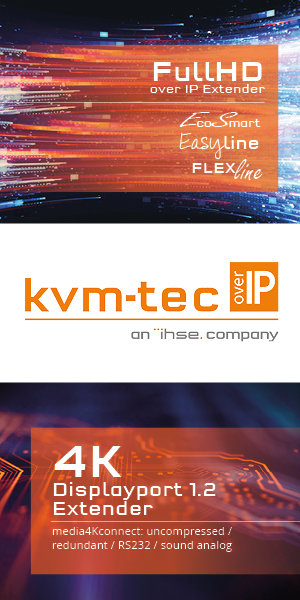