UK: Extreme E, pioneering electric off-road racing championship, has confirmed Belgium’s RTBF as the latest addition to its broadcasting portfolio. The series will join an exciting roster of motorsport entertainment, including Formula One already available on the RTBF’s linear channel as well as its digital platform. 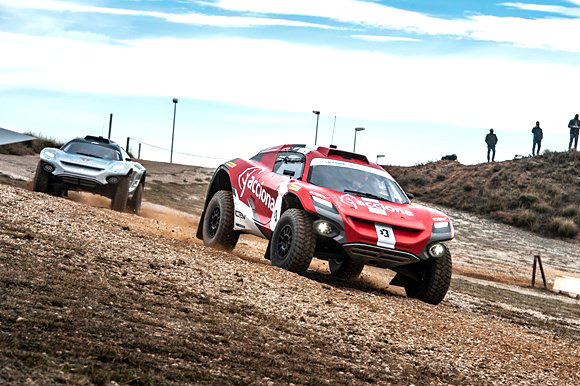 Extreme E has already attracted some of the biggest names in motorsport including Formula One World Champions Lewis Hamilton, Nico Rosberg and Jenson Button, all of whom have founded teams X44, Rosberg Xtreme Racing and JBXE respectively. Button will also make up the male half of his driver pairing, with his female teammate yet to be announced. The gender equal driver pairing is a stipulation of the championship in a bid to encourage gender equality and a level playing field - a world-first in motorsport.

And all this exciting racing entertainment, from live racing action to Extreme E’s magazine shows highlighting the environmental endeavours of the championship, will air on RTBF.

Ali Russell, Chief Marketing Officer at Extreme E, said: “We are delighted to have added Belgium to our broadcast reach, and we are confident that Extreme E will fit perfectly within the plethora of exciting sport already aired by RTBF.

“Belgium loves its motorsport - the country is well-known for producing some of the world’s greatest racing drivers - so we have no doubt that Extreme E will delight the audience with its illustrious list of competitors and its thrilling format - in addition to providing all the significant human and environmental stories behind the race series itself.”

Manu Van der Brempt, Motorsport Line Producer at RTBF, said: “RTBF is very involved in the challenges of the future, audiovisual evolution as well as environmental matters. Moreover, most Belgians appreciate creativity and that’s a major part of Extreme E’s proposition: thoughtful innovation - an initiative to commend from my point of view.”

The much-anticipated and imminent Extreme E series will not only be a must-see event for motorsports fans, but also marks a new era of racing that will bring environmental issues to the forefront.

Following the inaugural race in Saudi Arabia (3-4 April), the series will visit Senegal (29-30 May), Greenland (28-29 August), Brazil (23-24 October) and Patagonia (11-12 December).  By holding races in areas that are suffering at the hands of the environmental crisis, such as tropical rainforests and the Arctic, the aim is to raise viewers' awareness and interest in environmental issues.

The series also has a unique viewing format, as races will be held without spectators and broadcasted as two-hour programs, in a bid to reduce the championship’s carbon footprint. In addition, the championship will transport equipment for the race by sea on its floating centrepiece, St. Helena.

A full list of channels airing Extreme E across the globe is available here.