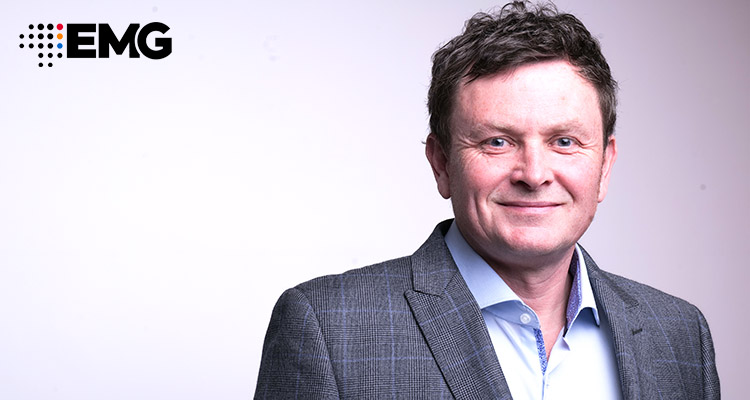 In this newly created role, Rohan will create and execute the vision and direction of EMG’s ESG policy including DIB, the environment and sustainable working practices. Rohan will lead on the execution of all ESG initiatives, collaborating with EMG’s leadership and entities across Europe and the U.S. to align activity and ensure the group progresses in the same direction.

Over the past several months, alongside his previous role at EMG UK, Rohan has been instrumental in the development of EMG’s ESG program. This includes the establishment of an international steering committee (steerco) comprising expertise and representatives from across the group.

Rohan’s appointment and the formation of the steerco mark the start of a program to reflect EMG’s deep commitment to drive change and enhance value for its employees, stakeholders, and wider society through its DIB strategy.

EMG has ambitious long-term targets for sustainability and is committed to making a meaningful reduction in its environmental impact; and continuing with its climate change mitigation program, which it began in 2018. Rohan will report into EMG UK CEO Peter Bates and be based in EMG’s UK HQ in High Wycombe.

Rohan Mitchell, Director of ESG, EMG, said: “I am thrilled to be working with the excellent team at EMG and our valued partners and stakeholders to help to drive actionable change. EMG has always been passionate about its social and environmental responsibilities and my role, and establishing the steerco, represent taking those responsibilities to the next level.”

Rohan joined the group as Unit Manager for Telegenic, now EMG UK, in 2015. In 2016 he moved to a key client management role with PLP. Prior to joining EMG, Rohan spent 16 years as a Senior Technical Producer for Formula One Management Ltd.

Shaun Gregory, CEO, EMG, said: “Without it being his specific responsibility, Rohan developed a sustainability plan for Telegenic including the creation of a reporting framework for baseline CO2 emissions. His passion for both ESG and EMG encouraged us to create the role of ESG Director - and to give him the ESG brief. We are delighted he has accepted the position and wish him the very best.”

Peter Bates, CEO, EMG UK, said: “This role, with the full support of our leadership team, could not come at a more appropriate juncture. Rohan will help to drive deeper cultural change and a fresh commitment to sustainable working and enhancing an environment which embraces DIB.”