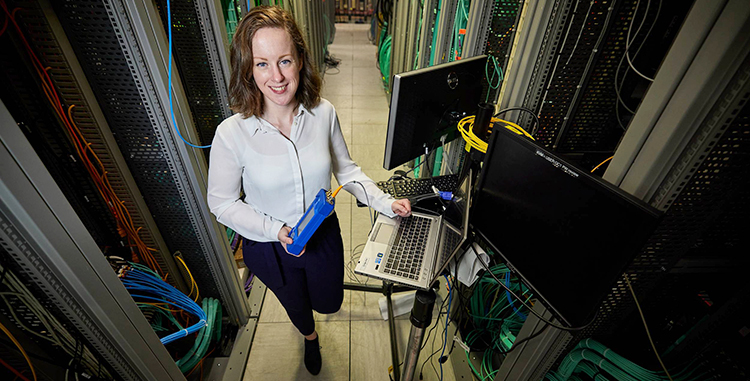 UK: dock10 congratulates its Broadcast Technician, Gabriella Watkins, on winning the RTS Coffey Award for Excellence in Technology, 2021. Gabriella joined dock10 as an MCR operator, supporting live studio and post productions. She was then promoted to Broadcast Technician with a focus on post-production and audio support working with Dolby Atmos and object-based audio. It is in this capacity that her exceptional skills have been recognised by the RTS.

Darren Jones, Technology Operations Manager at dock10, said: “Gabriella is a worthy winner of this award, and we are immensely proud of her achievement. The Technology team at dock10 has always contributed to STEM projects and Gabriella has been a key part of that team aiming to inspire and engage the next generation of broadcast engineers. Gabriella has taken full advantage of this ethos and the opportunities available to her at dock10 and her commitment has been duly recognised. Her achievement is a testament to her hard work, dedication, and outstanding ability as a Broadcast Technician. A previous winner of this award, Matthew Tushingham, is now a Project Manager at dock10 and we look forward to watching Gabriella’s career continue to grow within the company.”

Commenting on her win, Gabriella said: “I’m absolutely thrilled to be recognised in this way by the RTS. As a STEM ambassador for dock10, it’s a privilege to be able to lead by example and hopefully inspire more young girls to consider a career in STEM. I’d also like to thank my colleagues for their support, and sharing their knowledge and expertise - they’ve taught me so much and I look forward to learning even more.”