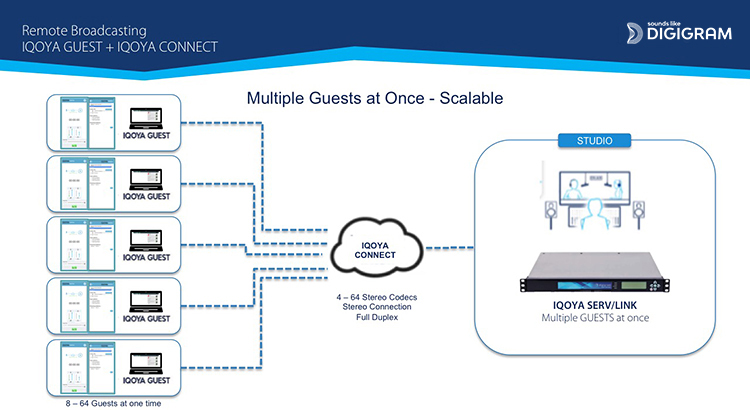 USA: It's been nearly two years since the politics centered podcast Beers, Chips and Politics, began remotely recording an authentic experience where co-hosts Cutter and Jake broadcast from real places around the country. With nearly two hundred episodes recorded, the foundation was established on the basis of having crystal clear audio. In order to begin recording, Cutter's experience in the radio world prepared him to curate his kit with gear that would best connect the two hosts from separate locations, roughly thirty-five miles apart. Once Synthax introduced Cutter to Digigram's IQOYA Guest the podcast found the dependable, portable, high-quality audio solution they were looking for.

Remote Recording
“I really owe it to my relationship with Derek over at Synthax,” Cutter began, “When I told him what I was doing he told me about IQOYA Guest. He got us one of the first versions to use, before it was even released. Where it is then versus where it is now is a light year of difference. There’s really no latency. I’ve never had a delay on the audio, it’s almost instantaneous, and that is the most important thing in live radio.”

During the quarantine of 2020, the radio alter egos, Jake and Cutter, were born and the two co-hosts began conceptualizing the structure of Beer, Chips and Politics during their downtime. The show focuses on the pair discussing current events, and one film set in the location they are broadcasting from while they enjoy the establishment’s food and beverages.The next step was to find the best recording solutions to actualize the show with the highest audio quality possible with a remote broadcasting application. 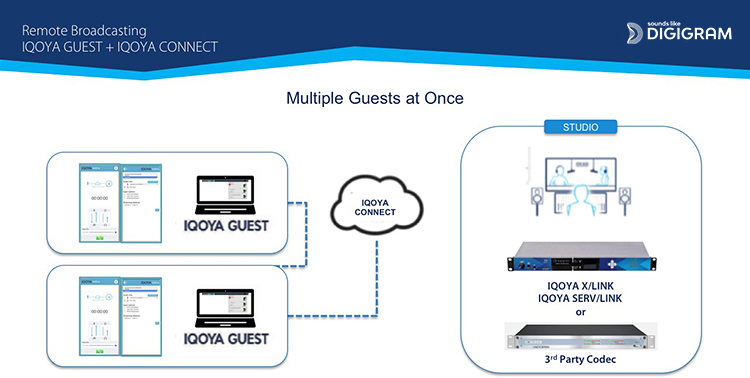 “What I do like about the IQOYA Guest is most of it is made to plug-in-play. There’s nothing better than that,” Cutter confirmed. Ever since the podcast began using IQOYA Guest, they were eager to expand the recording possibilities to deliver a true-to-life audio stream. “I have one Guest channel; he has the other point. We have two discreet URLs that need to shake hands in order to connect the audio. I am using the TotalMix software with the BabyFace,” Cutter continued.

A Great Lakes Tour
​Given the flexibility the IQOYA Guest provides as a remote recording solution, there were no boundaries on creativity for the Beer, Chips and Politics podcast. The latest adventure for the podcast has come in the form of a Great Lakes Tour, where the podcast streams live from places like Lambeau Field or Mackinac Island. “In each episode I put us in a different place, in a different town,” Cutter explained. “I use the RME Babyface to run the audio, that I recorded at a real hockey game, which I ended up repurposing that audio for a show we did virtually from the Cadillac Grille, which is a restaurant that overlooks the hockey rink. Little do they know the majority of the recorded episodes were recorded remotely from our homes in Pennsylvania with my co-host calling in using IQOYA Guest. But it sounds so life-like I have restaurants inviting me to record an episode at their place.” 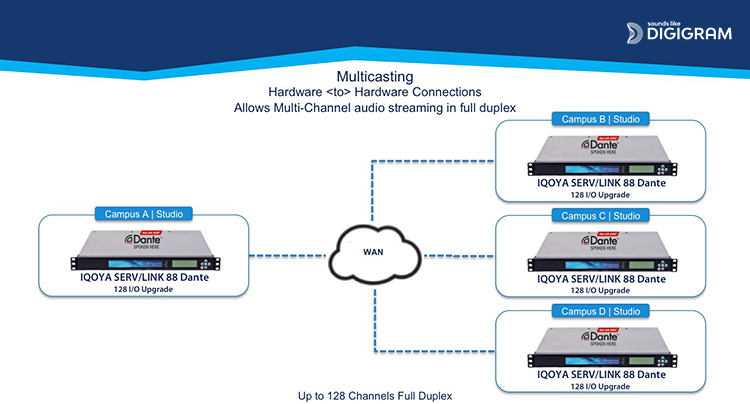 Leveraging the RME Babyface, TotalMix software and the IQOYA Guest the podcast has been able to create an environment for the radio personalities and the listeners to be immersed in, like they are sitting alongside the pair at a bustling bar. ​“A person I broadcast for in NFL football called me up after listening to a show and asked me how we had the budget for all this travel, they were surprised when I told them it was all make-believe.” The power of illusion is made possible with the crystal-clear audio whether it be the background mix run through the Babyface, or between the co-hosts who record within the privacy of their homes.

Another essential component needed was for both co-hosts to be hard-lined into a strong, stable Wi-Fi connection to maintain the stream. Most recently, the podcast purchased another Digigram product in the IQOYA line called the Serv/Link, which will allow Jake and Cutter to add guests onto the livestream via IQOYA Guest without compromising the sound or connection.