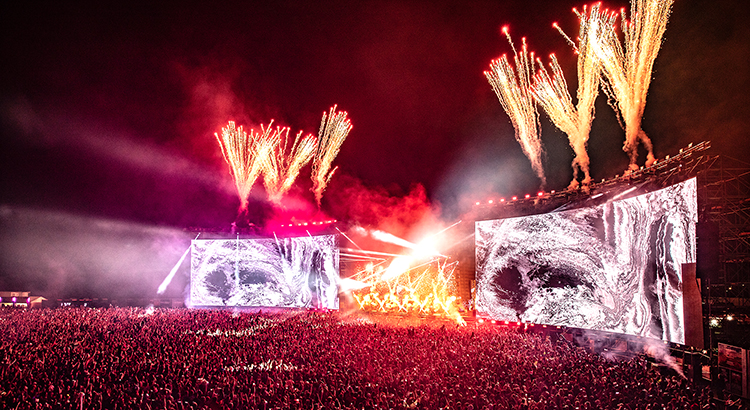 The four day festival held over the August bank holiday weekend welcomed around 80,000 people to Daresbury, Cheshire to see some of the biggest names in dance music, including Tiesto, David Guetta, Carl Cox and Chase and Status perform across multiple stages.

Handed the brief to be the sole provider of AV with three weeks' notice, UK based CSD Productions deployed an OB truck and three flyaway kits for organizer Live Nation. “We had several weeks to pull together what would normally take six months of planning,” reveals Andrew McQuillan of CSD Productions.

Adding: “We’ve supplied our OB trucks to Creamfields for the fourth and fifth stages previously, and we’ve handled the broadcast and video package for individual Creamfields shows throughout the year, such as Cream Classical, but we’ve never handled the main stage.

“There was a steep learning curve for us an organization, but the key to our success was locking in the delivery specs with Live Nation and the various artists as early in the process as possible. We knew the best way to achieve a successful outcome was to use our experience and knowledge of Blackmagic Design’s hardware and upscale it.” 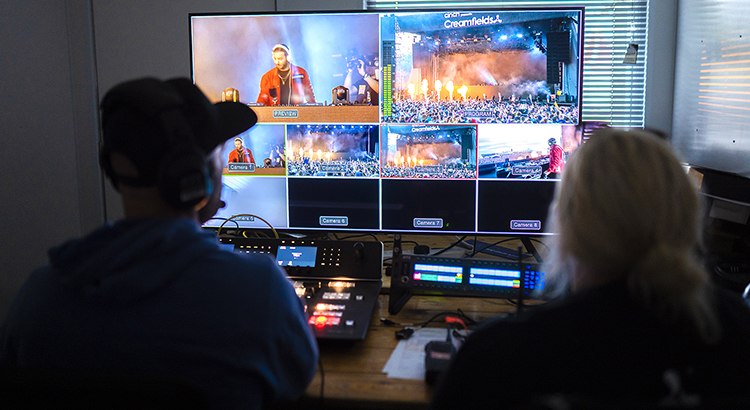 McQuillan continues: “The output from each camera chain had to be converted from quad SDI to single link 12G-SDI using Teranex Mini converters, then routed to the production switcher. SmartView Duo 4K monitors were used to provide the vision engineers with a four way preview with waveform for monitoring.”

The requirements and specifications demanded by the organizers and artists create a whole new pressure processing data.

The main stage was UltraHD 4K this year, with CSD utilizing HyperDeck Studio 12G recorders. The other stages relied on HyperDeck Studio HD Pros for the respective program feeds and HyperDeck Minis recording to SD card for the individual camera ISO.

“This is the first time we’ve recorded all the individual camera ISO feeds on top of the various program mixes from each stage,” recalls McQuillan.

Adding: “We had a media cabin where we were downloading all of the SSDs, so the Blackmagic MultiDock 10G was ideal for taking four SSDs in at once. We’ve spent the last month just processing the data from Creamfields.”

“We like the fact that the Blackmagic workflow is simple to use and its network adaptability,” concludes McQuillan. “You can intuitively work out how certain aspects will work together, once you understand the general architecture.”