USA: Houston-based Intuitive Machines (IM) is a premier provider and supplier of space products and services enabling sustainable exploration of the Moon, Mars and beyond. They have recently completed construction of Nova Control, a state-of-the-art mission control center in Houston that will track and support IM’s upcoming, back-to-back-to- back missions to the Moon (IM-1, IM-2 and announced this week, IM-3). Intuitive Machines’ Nova-C spacecraft will be launched on a SpaceX Falcon 9 Rocket to conduct first-of-its-kind lunar research and exploration of the Moon’s surface. Nova Control will serve as the nerve center for communications, connecting ground stations and various payload* customers around the world using Clear-Com’s Eclipse® HX Digital Matrix System and Agent-IC® Mobile intercom App. 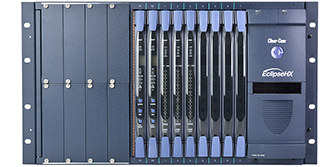 Nova Control is a world-class control center built from the ground up by IM’s highly experienced team and enables collaboration between ground teams responsible for tracking, telemetry and communications support for cis-lunar space travel, landing and exploration.

“For our voice communications system, we needed something intuitive and highly capable,” explains Brian Mader, Mission Operations for Intuitive Machines. “We built this room from scratch and ran exhaustive tests to make sure the technology we chose suited our needs, exactly, because the communications between Nova Control and the rest of the globe are critical to the success of the mission(s).”

IM’s system is distributed throughout Nova Control in Houston, across multiple US states and even spans to other countries. The Eclipse Median frame is located in Nova Control’s server room, 14 V-Series Panels are located in the control center and avionics lab (FlatSat) across the hall, and one V-Series panel is placed with IM’s launch team at SpaceX’s facility at Kennedy Space Center in Florida. The launch team, other remote IM employees and satellite ground stations in the UK and Australia will be equipped with Agent-IC - a mobile app for smart devices that can connect to the Eclipse HX system over 3G, 4G, LTE or WiFi - for constant monitoring of mission communications. 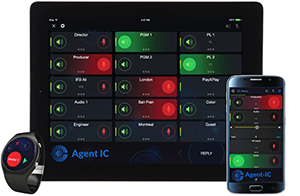 “With Eclipse, V-Series Panels and Agent-IC, it was simple to facilitate a wide variety of local and remote communications needs, all managed through the EHX Software,” said Mader. “With a cohesive communications platform managing terrestrial coms, our team can focus on what’s really important for these missions.

The IM-1 lunar mission will carry payloads for various NASA research centers and space flight centers, and it will be the first to carry payloads to the Moon on behalf of commercial entities, including Embry Riddle Aeronautical University, the International Lunar Observatory Association in Hawaii and Louisiana State University.  All payload customers will be using Agent-IC to listen to mission activities.

The IM-2 mission will be the first to land on the Moon’s South Pole and the first to use an ice drill on the Moon. It will also mark the first deployment of IM’s micro-Nova which will hop around the Moon’s surface and take the first-ever pictures inside craters on the lunar south pole. In partnership with NASA, Nokia, and Lunar Outpost, IM-2 will also demonstrate LTE/4G communications on the Moon between Nova-C and Lunar Outpost’s rover. IM-2 will include different payload customers, but the workflow with Eclipse HX and Agent-IC will remain the same.

“One of the things that drove us to use Clear-Com is that they’ve been around for a very long time and offer industry-proven equipment that gives us great confidence to support us through this entire mission,” concludes Mader.

*object or the entity which is being carried by an aircraft or launch vehicle.