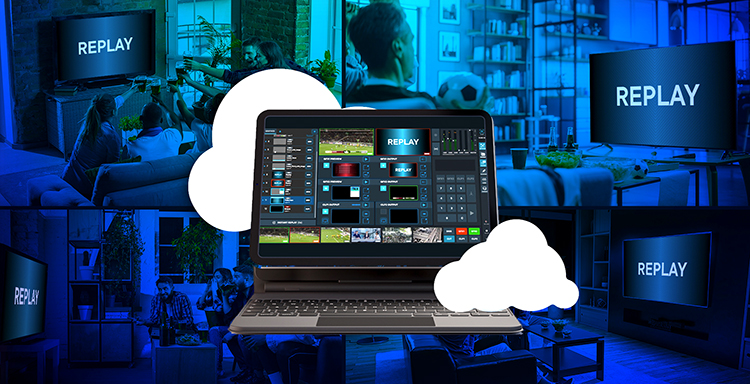 "With Chyron LIVE, we're bringing the CG motion graphics of a top sports network into an on-demand cloud environment that's accessible to virtually any organization producing live sports," said Mathieu Yerle, Senior Vice President of Strategy at Chyron. "It's an opportunity for content creators in this space to exponentially up their production values, but we also realize CG design will likely be a completely new skillset for smaller-scale operators. With this new graphics pack - which covers scoreboards, clocks, lower thirds, over the shoulders, replay transitions, and more - it's exceedingly simple for a user to start up a production environment, customize their package with colors, data, and imagery of their choice, and deliver a professional look to their audience within minutes."

In addition to these new graphics templates, it's easier than ever for existing PRIME CG users to upload their own graphics scenes to a Chyron LIVE environment. A new direct upload module in PRIME Designer can send multiple scenes to one or multiple Chyron LIVE environments, providing real-time progress notifications within both systems. To get the right replaceable images and video clips for a show into Chyron LIVE, users can drag and drop from their computer's local file explorer onto the LIVE tab in their web browser.

LIVE 1.2 also introduces a brand new Commentary module that provides an interface for remote commentators to connect their audio to the production and monitor preview/program feeds of the game. Commentary audio is received via SRT streams and exposed as a mixable source in LIVE's audio mixer console. Plus, commentary users benefit from LIVE's audio mix-minus features, so they can listen to program audio without hearing the playback of their own voice.

When it's time to go to air, Chyron LIVE's 1.2 update brings new playout control features to handle fast-paced sports productions. A comprehensive list of shortcut keys for switching between cameras, keying in graphics, playing clips, controlling replays, and more greatly accelerates operation in a single-user scenario. All of Chyron LIVE's shortcut keys are compatible with handy external control devices such as XKeys, Stream Deck, and more.

Lastly, a new Instant Replay functionality has been added to Chyron LIVE's leading replay and telestration toolset, making it possible to automatically put a five-second replay clip on the air from the program feed with a single button push. Users can quickly take it on and off-air with Chyron LIVE's new replay effect transition as part of the brand-new graphics templates.