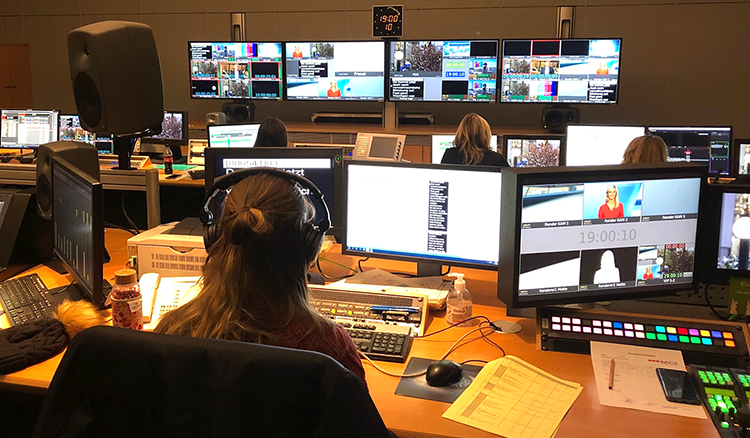 GER/FRA: CGI, the leading newsroom and radio system provider in Europe, has announced that it is supporting the editorial staff of France Télévisions, the leading French audiovisual group, which brings together six national channels, 24 regional branches and nine overseas branches, in the modernization and standardization of its editorial tool, through its OpenMedia solution. Planned for a period of four years, this contract is valued at more than 3.5 million euros.

France Télévisions is committed to modernizing and standardizing its equipment as well as improving collaboration between its teams of journalists. In this context, France Télévisions wanted to have a common tool for all of its newsrooms - TV, radio and digital - in all territories. The public group chose CGI and its reference solution OpenMedia, specially designed to allow the media to manage, plan and organize the production of their content. As part of this project, CGI is in charge of the complete deployment of the solution, from the organization of the specification workshops to the implementation and software maintenance of the solution.

The project is organized in two phases:

Phase 1 / integration of OpenMedia NewsBoard
This module offers advanced and customizable features for each journalist such as quick and real-time access to all the resources available on the subjects to be covered, simplified planning to organize the work of the editorial staff and anticipate multi-media broadcasting, as well as instant exchanges for better communication within the editorial staff, regardless of location.

Phase 2 / integration of OpenMedia Infinity
OpenMedia Infinity brings together search, scheduling, scripting and messaging functions as well as specific features for structuring programs. This module makes it possible to prepare and ensure the dissemination of subjects and programs.

Intended for the group's 3,000 journalists, OpenMedia will enable France Télévisions to adapt to market standards and overcome internal developments, facilitate collaboration between its various entities, and offer its journalists considerable savings in terms of time, efficiency and full visibility of assigned tasks and their completion.

Romuald Rat, Director of Reports and Information Resources and Skander Ben Attia, Director of Engineering for France Télévisions commented: “The implementation of a common tool for all of our newsrooms is a major project that is part of the - broader - strategy of digital transformation of France Télévisions. We have chosen CGI and its proven OpenMedia solution with the objective of optimizing our activities and enriching our media offer in order to continue to provide the most qualitative information possible to our viewers, listeners and readers.”

“CGI is proud to support France Télévisions in accelerating its transformation. The deployment of OpenMédia will boost the operational excellence of the group's media and further improve the collaboration of journalists within the various newsrooms. Our teams are fully mobilized to make this project a success alongside France Télévisions,” added Anton Schlatter, Vice President and Head of OpenMedia at CGI.