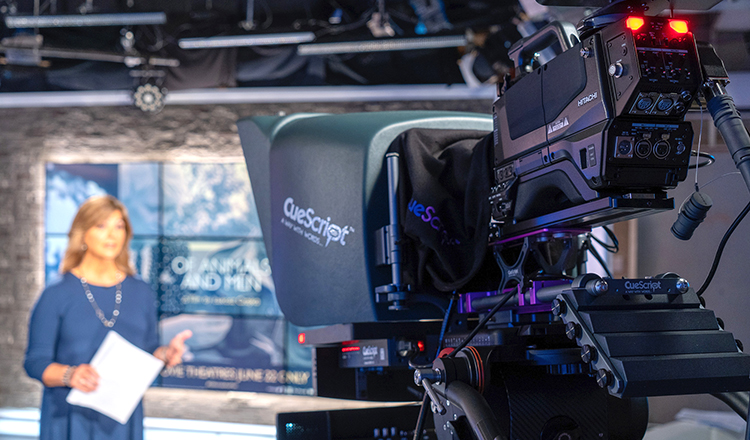 CFN is available on Optimum, Verizon FiOS and Charter Spectrum throughout the New York, New Jersey, and Connecticut area, plus selected cable and satellite systems nationwide as well as streaming at www.CFNtv.org. CFN’s programming includes live masses, talk shows, and topics ranging from faith and societal issues to health and cooking. With Catholic Faith Network expanding, CFN Senior Executive Producer Sean Kennedy knew exactly which brand of cameras he wanted to grow with them.

“We have been satisfied users of Hitachi cameras for many years,” explained Kennedy. “With our productions expanding and our existing Z-HD5000 models still going strong but over eight years old, we decided to double our roster of cameras by adding the latest and greatest HD technology. We didn’t go up to 4K because we wouldn’t really be able to take advantage of the extra resolution. We broadcast in HD, but some of our carriers even still down-convert our signal to standard definition.”

The exceptional reliability, durability, and quality of Hitachi cameras were key technical factors that led CFN to stay with Hitachi for their new purchase. “Before working at CFN, Sean and I both worked for a high school sports network where we used twelve Hitachi cameras on our HD trucks,” recalled Bryan Butler, Studio & Production Coordinator, CFN. “We compared Hitachi picture quality side-by-side to more expensive alternatives, and nobody could tell the difference. And despite constantly beating up those cameras while producing sports six days a week with many different operators, they withstood everything we threw at them without any issues.” 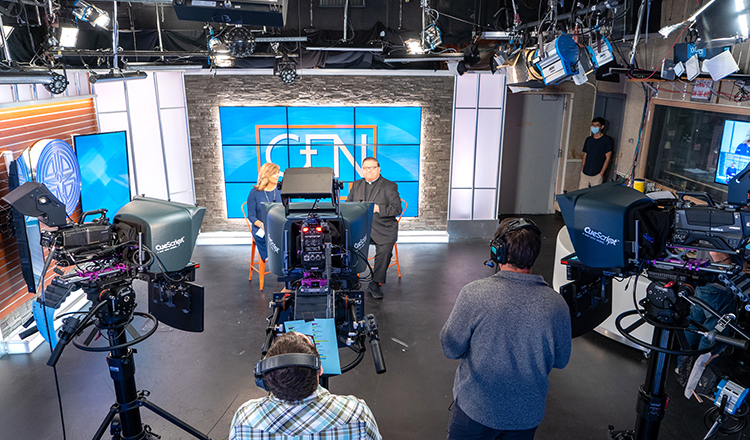 CFN purchased their new SK-HD1800 cameras in March, and setting them up went seamlessly. “We built the three cameras ourselves within 45 minutes from opening the boxes - more than 20 of them, from camera heads to lenses and teleprompters - to fully built,” said Butler. “Local Hitachi staff helped us wire in our new CU-HD1200 CCUs in the control room and commission the cameras. We were all done within two hours and shooting just three hours later.”

The CFN team points to the SK-HD1800’s global shutter sensor as one of their favorite features of the new cameras, and particularly valuable in their LED-intensive environment. Some of CFN’s sets are heavily monitor based - with a nine-by-nine monitor wall, monitor strip, and large standalone  monitor - and also use a mix of generations of LED lighting.

“I do a lot of the set design in terms of lighting, and I’m dealing with a lot of different types of LED fixtures from various manufacturers,” explained TJ Katsoulas, Studio Manager at CFN. “With earlier camera technologies we could get rolling shutter artifacts from LEDs, so I would manually dial in the shutter to avoid issues such as banding. However, making those adjustments would affect my lighting. Now with the SK-HD1800’s global shutter I don’t need to worry about that, and it’s tremendous how much it has helped me in making my compositions what I want them to be.”

Katsoulas also highlights the SK-HD1800’s enhanced skin tone adjustments and notes that the ability to dial in and preset multiple skin tones has been very helpful when dealing with multiple people on set. “Other standouts from our upgrade include the RU-1500JY remote control units with their amazing LCD touchscreens, and the VF-PBM-307 color viewfinders, which our camera operators love,” he added.

For CFN, buying Hitachi cameras is about more than just quality products. “The support that we get from Hitachi Kokusai is second to none and goes beyond just great customer service,” said Kennedy. “It really is a relationship. They help us with things that aren’t even the cameras themselves, such as lenses and fiber, and work with us to find complementary vendors and products that work well in our environment.

“New studio cameras are a big investment for a not-for-profit organization, but our President and CEO, Monsignor Jim Vlaun, and general manager Joe Perrone were very comfortable with our choice of Hitachi Kokusai based on how they have treated CFN,” continued Kennedy. “You’re not just buying a Hitachi camera - you’re buying a lot more, and for the price, you can’t beat it.”