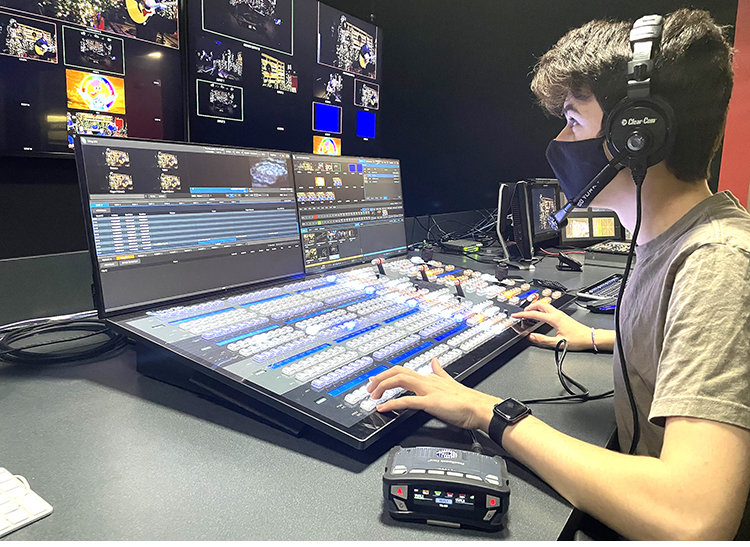 USA: Canadore College of applied arts and technology recently expanded its existing Clear-Com system for a multi-purpose 125-seat theatre for multiple Media Arts programs at the College Drive Campus in North Bay, Ontario. The college had purchased a FreeSpeak II® Digital Wireless System after demoing it at NAMM in 2015, and with an increasing demand for comms across the campus and overwhelming success with their original purchase, they worked with Clear-Com’s Canadian Partner, GerrAudio, on a system expansion. The enlarged intercom system features an Eclipse® HX Digital Matrix System with FreeSpeak Edge® Digital Wireless Intercom, LQ® Series of IP Interfaces, and the Agent-IC® Mobile Intercom App.

As Digital Media Engineer for Canadore College’s School of Art and Design, Quinn Pelletier must ensure the technology used by students and instructors will work well, for not only a variety of disciplines but also where those disciplines intersect. The Media Arts Department is comprised of the acting program, graphic arts, computer game design, digital cinema, television broadcast programs and more, most of which have comms requirements.

The first system they purchased was used as a standalone system for Canadore’s TV program. Comprised of a 4-channel FreeSpeak II Base Station, a single transceiver antenna and splitter, and a small complement of belt packs and headsets that functioned as their mobile comms rig for productions around campus.

“We’ve had that system for five years and it stands up, no problem - it’s just the right product. As soon as we got our hands on FreeSpeak II it was incredible. We set it up, started using it, and all the faculty complaints about our previous system went away, and we have since continued to expand our footprint at the school,” he continues. 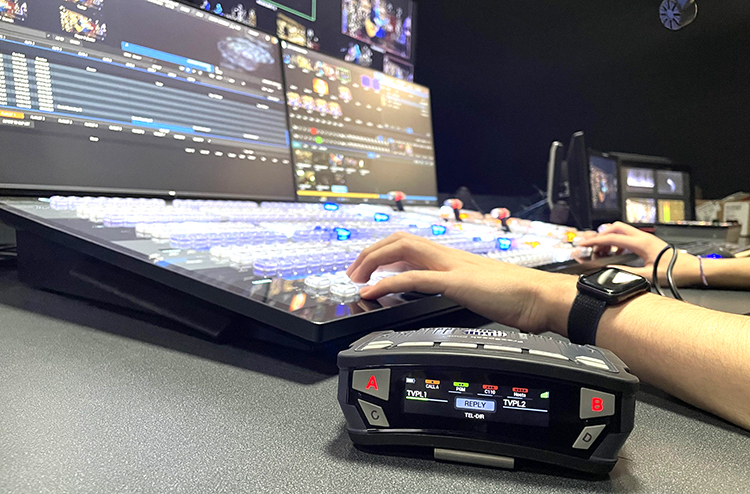 When funding became available for the new theatre in 2019, Pelletier and Canadore saw it as an opportunity to upgrade, ultimately purchasing LQ and Agent-IC to augment their TV Production system, and, for the new theatre proper; an Eclipse HX-Delta Frame with a 64-channel Dante interface card, integrated with FreeSpeak Edge 5 GHz transceivers, and ten FreeSpeak Edge wireless beltpacks, as well as additional headsets.

“We do post-production with a Dolby Atmos sound system, we have a music production program and studio, and we’re building a 10-seat E-Sports arena and TV studio,” Pelletier explains. “In the theatre, we’re going to be putting in lighting and sound, cameras, and TV production systems as well. The Clear-Com Eclipse system was built from the ground up to address all aspects of all our productions.”

The Eclipse system is distributed across spaces including their TV control room, the three-story Sony Atrium - which is used for TV shoots and also houses the E-Sports arena - as well as their music recording studio. “We have built-in FreeSpeak II antennas in each of those, and one for our mobile, ‘flypack’ FreeSpeak II system, which works really well on location.” As an example, Pelletier cites a series of Lacrosse games on the campus Canadore shares with Nipissing University, for which they provided a four-camera system and used the mobile Clear-Com rig for comms.

Comms can also be used for other areas/purposes via a spare, bookable antenna, he explains: “For example, the D-Wing on campus has a teaching kitchen with a camera setup, so they can do a Hell’s Kitchen type of thing.  When they want to do more advanced production and add more cameras, they book out the antenna, plug it in, and VLAN it right into their comms system.”

This is all part of an ongoing effort to provide the college with a rock-solid reliable comms system, one that is properly-suited for their current needs and that will help future-proof their comms infrastructure.

“Now we have this nice IP system here that works phenomenally well. The new beltpacks are amazing; we’re assigning roles - a professor shows up, the students assign themselves the roles of the class they’re in on the beltpacks and from there all the permissions are set up for them. And because it’s an IP system it allows us to expand wherever we need to. Everything here is Dante, and the Clear-Com, Dante integration is fantastic. That’s a game-changer in itself.”

This year, he adds, has been the easiest as far as functionality of their comms system goes, since Pelletier started at Canadore. “What’s remarkable about the Clear-Com system - the thing that’s blowing us away - is that there are no longer complaints from the faculty. In the past, we had nothing but problems. Now, there are three or four programs that can utilize the new theatre space and also provide content for other programs, with students in different courses of study, working alone and together. Clear-Com makes that possible, just like that. It’s definitely a powerful system for us.” 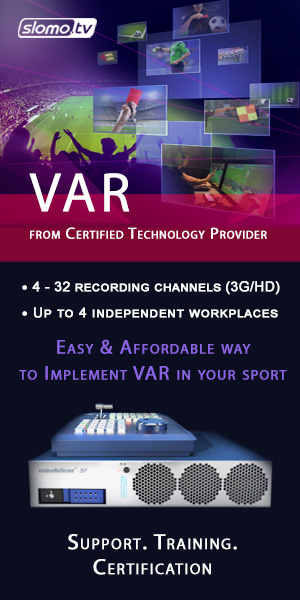