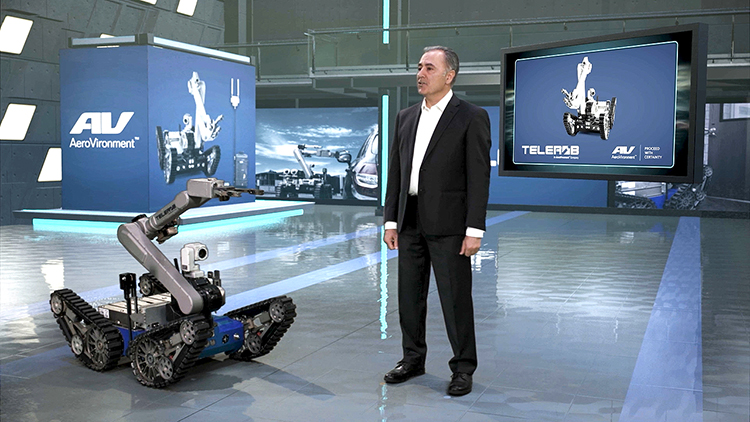 A premiere full service creative and production studio, Butcher Bird Studios is capable of a wide range of production styles, from streaming and AR/VR to cutting edge virtual production strategies. While frequently engaged to produce more standard content for a variety of clients, the team has become known for their ability to create live interactive virtual events for customers such as Legendary Digital, Netflix, Twitch, and more.

Butcher Bird Directors Jason Milligan and Steven Calcote began working with Unreal Engine in 2019, when the world of virtual production was on many filmmakers’ minds, but had been rarely utilized. In 2020, large scale and large budget projects such as The Mandalorian were using virtual technology, but Lead Technical Director Griffin Davis knew there must be a way to engage that same technique on a more modest budget. “It often feels like we're in the wild west with this technology,” said Davis. “We all saw what The Mandalorian accomplished and essentially said ‘I wanna learn how to do that, but without unlimited Disney money.’ So we toiled and struggled, tested, built and re built.”

“Blackmagic equipment played an essential role in Orbital. We could not have made the show without it,” said Davis. “We used Blackmagic URSA Mini’s, URSA Mini Pro’s, Micro Studio Cameras and multiple ATEM Switchers. With these many different pieces of technology being routed through our mission control switching stations, we knew that all of the gear would communicate well with each other.”

But now, nearly three years later, with clients challenging producers for new, innovative solutions, Butcher Bird was ready to deliver. Incorporating Unreal into their workflow, the team was able to produce real time virtual shots on stage without using expensive and limiting LED wall technology. That meant having to use green screen, which means live compositing, a feature that Unreal Engine offers natively. But with the heavy workload of generating a virtual environment pushing through Unreal, Davis knew there had to be a different solution for the composite. Using a Blackmagic Design Ultimatte 12 paired with the Ultimatte Smart Remote 4, Davis realized he could approach image processing differently.

“We found we could finish our composite inside of the Ultimatte. For Ultimatte, it's that system’s entire function,” Davis said.

A live feed from the camera is sent into the Ultimatte as a foreground element, while camera tracking information is being sent to Unreal simultaneously to position a virtual camera. The virtual camera position informs the software to send a tracked animated background back to Ultimatte for the final composite with the foreground element. “We also send a garbage matte into the Ultimatte so that the camera operator can tilt around the entire world, no longer having to constrain themselves to the confines of a green screen,” added Davis.

For their studio configuration, Butcher Bird acquired three Ultimatte 12 systems, each fed with a camera output, to enable multi cam production. The information was routed to three computers each running Unreal. “We use multiple Blackmagic SDI distribution boxes and converters to send monitor feeds to our numerous operators to ensure the real time feedback,” said Davis, “While the plethora of hardware creates quite a bit of cabling work for our team, it’s also a good failsafe. Running three separate feeds ensures that none of the Unreal computers are over tasked.” Each Unreal machine then feeds its data back to an Ultimatte, which produces the final composite, while also feeding that information back to the camera operators, the Technical Director switching the show and multiple Hyperdeck Studio 12Gs that record the feeds and final line cut. 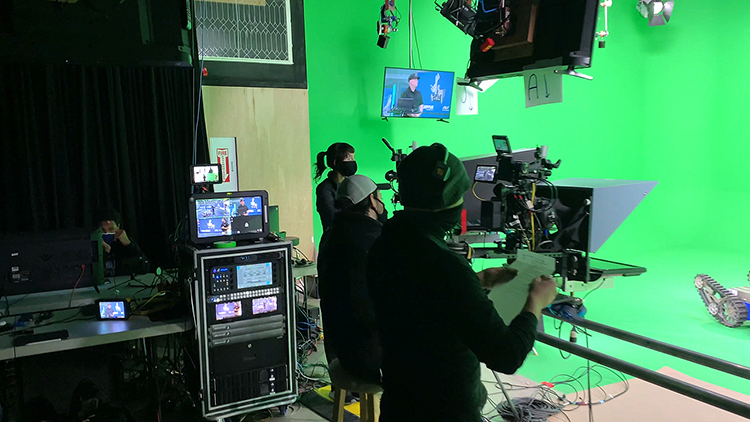 For Milligan, creating a real time virtual environment was more than trying to recreate a major studio solution. “Virtual production isn’t a new thing,” said Milligan. “It has been around in certain forms for quite a while, especially in the sports and news broadcasting arenas. What has changed is the level of quality, availability and affordability. The latest virtual production tech is helping democratize real time visual effects.”

“At Butcher Bird, we are doing our best to use these filmmaking tools in markets that can’t traditionally afford this level of production, such as live streaming, virtual press conferences, industrials, and more. But, we are also actively incorporating these techniques into our narrative based work and expanding the realm of ‘location’ shooting.”

The idea of an affordable and accessible virtual environment has created unique opportunities for Butcher Bird, and allowed them to expand their creativity, and the possibilities for their customers. Executive Producer Luis Reyes loves how they can be more than a service provider now. “We are best when we work with the client at the inception of a project, where we can illuminate capabilities clients may not know are possible. In a sense, we become creative partners for their endeavor.”

For Davis, the addition of the Ultimatte 12, and the increased capabilities it gives them opens up an expansive future for Butcher Bird Studios. “While it might sound corny, our new system makes the limit of our productions our own imaginations, rather than constrained by budget, time, or technical skill. I foresee this continuing a trend that began in my eyes with digital filmmaking, where the means of production becomes so accessible that professionals and consumers alike all have access to the same tools, and effort and creativity become the catalyst for spectacle. This is quite an inspiring wave to be a part of, as the power is ever moving closer to the creators’ hands.”