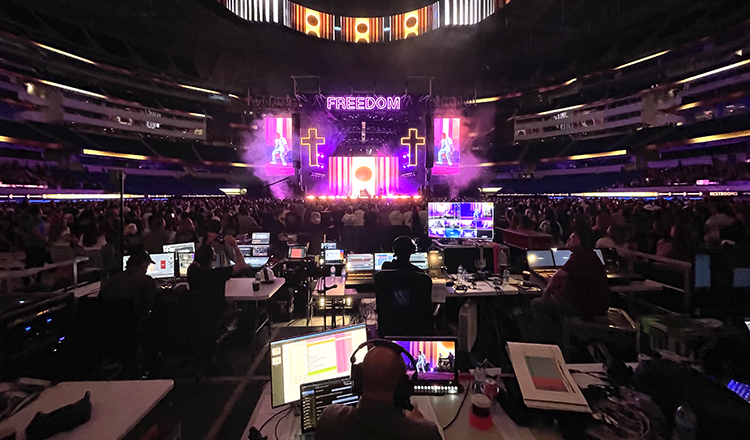 UK: As the very first of its kind, the 1DayLA event was nothing short of a phenomenon, with 20,000 members mobilised between 18 and 24 July to offer communities across the county of Los Angeles help and hope.

It culminated in a massive concert named The Freedom Experience, which was hosted at the brand new SoFi Stadium and subsequently aired on YouTube, where volunteers and contributors from across the Los Angeles region gathered to give one final cheer to this celebration of humanity, and enjoy a not-to-be-missed experience.

“That weekend was just unbelievable for the 4Wall team, and we were so thrilled to provide our service coast-to-coast at The Freedom Experience in Inglewood and Rolling Loud Miami, as well as at the Latitude Festival in the UK,” says Wayne Romanowski, 4Wall Account Executive/Video Production.

The two IMAG screens flanking the stage were each 8 feet x 8 feet ROE Carbon CB8 flown in T4 frames. “The screens were driven by a single Tessera SX40 processor and each screen received its own Tessera XD box. The processor was fed directly from Video Engineering,” explains Romanowski. 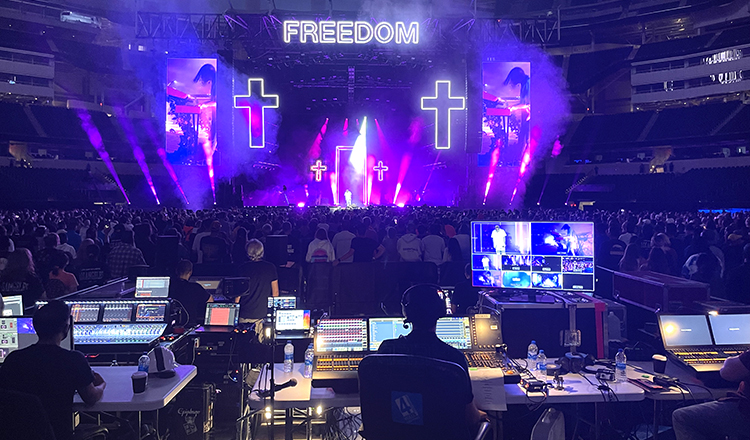 With Brompton’s Tessera processors a part of their product roster for a number of years, it is no surprise the 4Wall team chooses the industry’s ‘gold standard’ for high-profile events such as The Freedom Experience.

“We use Brompton processors for several flagship LED lines in our inventory, including ROE Visual and Absen products,” continues Romanowski. “Their reliability, ease of use, Tessera software professional controls, durability and flexibility in system design make Brompton the ideal choice for demanding productions that require the highest image quality.”

With non-stop energy and a plethora of inspiring performances, heightened by beautiful visuals on massive LED screens, the event proved a triumph, pleasing both audience and client. “Our client was happy with the results as was the show designer, Patrick Dierson of The Activity,” adds Romanowski.

“The use of fibre and XD units was extremely beneficial to simplify both long cable homeruns and the internal cabling of the individual screens. It was just a very smooth process all the way through, which we have come to expect from our tried and tested Brompton Tessera processors. They always deliver cutting-edge visuals and bring efficiency to our internal workflow,” concludes Romanowski.

“We had a 15-strong crew from 4Wall for the event, including our video director Anthony Pagano and LED crew chief RJ Thomas among the other hard-working team members. There was a lot of prep work done ahead of the event, however, seeing it all come to fruition was nothing short of exhilarating. We hope that it sets the precedent for similar future gatherings and that the 4Wall team is once again part of such a phenomenal experience!” 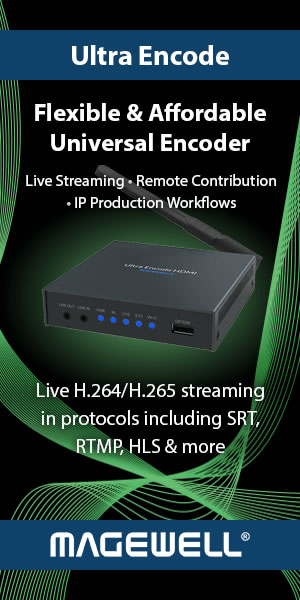