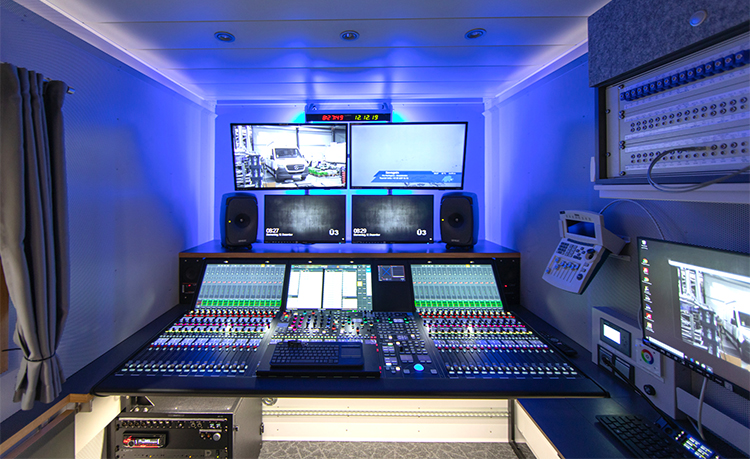 GER: Broadcast Solutions GmbH, together with WDR, has designed and built two new, identically designed, radio trucks for the German public broadcaster, already in use at the Cologne station. WDR is the biggest broadcaster in the German association of public broadcasters - ARD. The two vehicles are part of an overall package that includes a third video OB van.

The three vehicles fit perfectly together, leveraging the latest interconnectivity technology and can work together in larger productions with ease. During larger productions, it could be possible that the audio control in the video OB van is no longer sufficient. In these cases, the audio control can be fully outsourced to one of the radio OB vans, with the audio control in the video OB truck being controlled in the radio OB. Both vehicles are connected via one fibre-optic cable, to exchange data and audio and video signals.

An essential goal of the customer WDR was to obtain two smaller radio OB vans that offer the same functionalities and acoustic values as larger vehicles. Broadcast Solutions designed the OB vans as transporter-like vehicles with box bodies, weighing less than 7.5 tonnes when fully equipped. The main challenge for Broadcast Solutions was the planning and installing the overall acoustic insulation. With a lower overall weight as in larger vehicles, the insulation has to offer the same sound insulation characteristics as in larger vehicles in which a higher weight is dedicated especially to insulation. 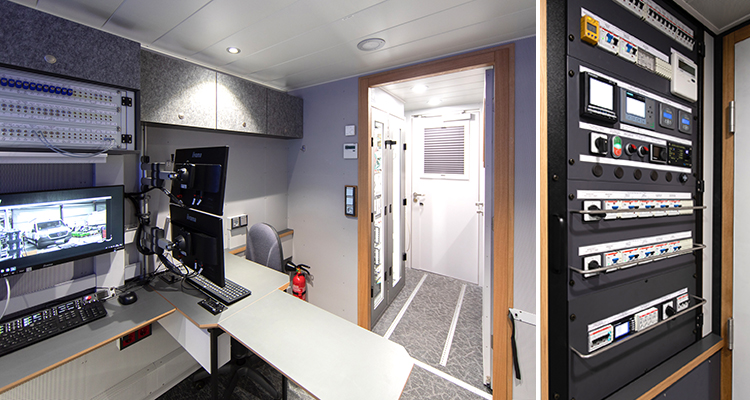 Further challenges were providing sufficient storage space, the extensive technical equipment and the deployment of a UPS, given the demanding mark of less than 7.5 tonnes total weight.

Broadcast Solutions paid just as much attention to an excellent acoustic environment inside the radio trucks. The vehicles have enough storage space to carry all the necessary materials (microphones, tripods, etc.), making a redundant support truck redundant. Both vehicles are equipped with a UPS that ensures autonomous battery operation for up to 90 minutes.

The audio control uses a Lawo console (mc²56 MKIII with 48 faders) with Lawo Nova 73 Core. A Riedel MicroN system is used to connect to the video truck and as a video router.

To easily connect a radio truck with a video OB van and simplify control, Broadcast Solutions deployed the hi human interface control system (an in-house development) in all three trucks. Simplified and touch-based user interfaces make it easy for WDR technicians to configure a vehicle or a group of vehicles without calling on external support. Further-on the trucks are equipped with the Riedel MicroN HD (radio vans) / UHD (video OB van) router system, which in the UHD version enables up to 400G backbone connectivity simplifying the connection and signal transport between the vehicles. One single optical fibre line is used to connect the two vehicles.