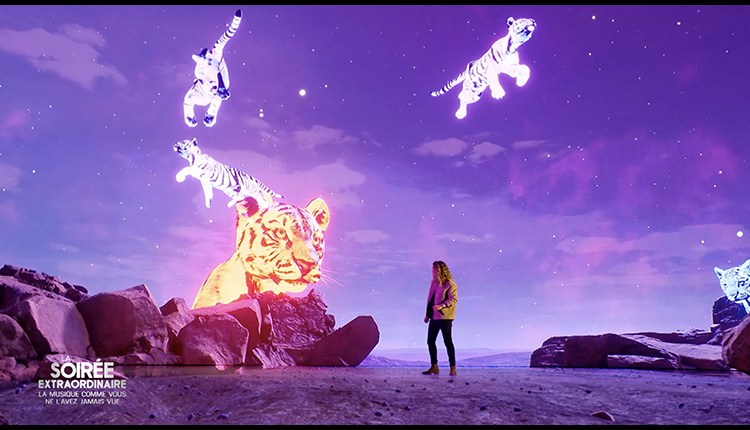 The show transported singer Julien Doré from a forest cabin to a Grand Canyon filled with dream-like animals and showcased duo Vitaa and Slimane in a chateau ballroom where the floor became a giant chessboard and the singer’s queen and king. These were just some of the many spellbinding scenes shot at La Seine Musicale concert venue, with the resulting footage split between two programmes airing on French broadcast network M6 in both June and September 2021. 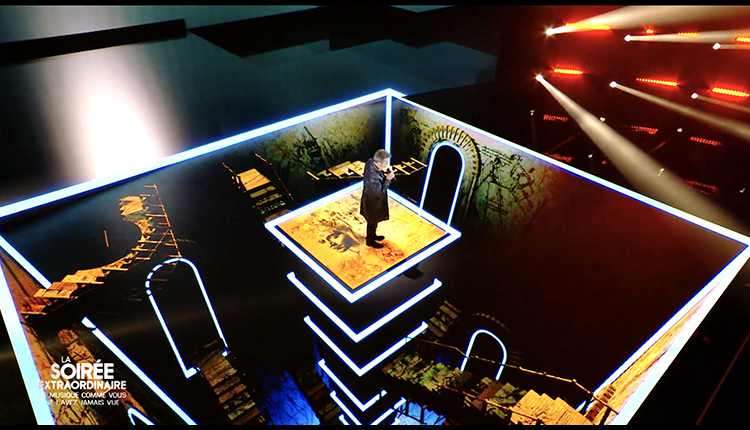 “We could not have done this without disguise,” says Blue Node’s co-founder Pierre-Guy di Costanzo. “disguise is an xR specialist and a robust delivery solution.” 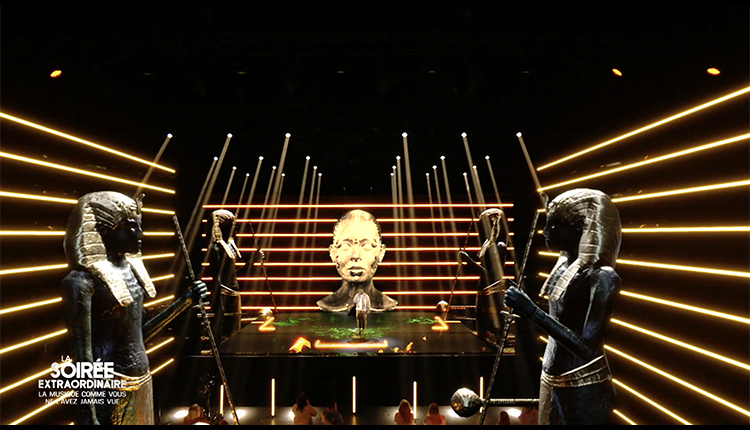 “No live broadcast shows before this used xR in France,” says di Costanzo. “We have many music TV shows, and it is always the same thing: someone speaking with a big screen. With xR you can go further and immerse the artists in the studio world. This has not been seen before. When the producer saw a demo in our studio he was interested in the technology. We could deliver this vision technically, creatively, and everything in between.”

Di Costanzo cites disguise’s ability “to switch between cameras and keep the scene” as an important asset to the production along with the disguise timeline:

“When you have 12 scenes a day to deliver, you need to prepare your timeline to switch from one to another. [With disguise] you can just click, shoot and go. disguise is native Unreal so it allows you to deliver content on big screens.”

Having worked four 12-hour shoot days on the project, the Blue Node team gained newfound confidence and agility with the disguise xR workflow. “Two days later we shot live in the studio doing four scenes for French artists, and we did it five times faster!” declares di Costanzo.