One of the biggest football clubs in Germany is using Newsbridge’s Multimodal AI-powered media hub to bring its live
and archive content to the cloud.

FRA: AI-powered cloud platform Newsbridge has announced its partnership with football club Bayer 04 Leverkusen. The iconic German club is using the company’s media hub with signature Multimodal AI indexing technology to access, store, manage and share its media assets, including a 20-year archive (approximately 3,000 hours of video recordings). Leverkusen will also use Newsbridge to ingest and auto-index future game, interview footage and live photos for its top tier men’s and women’s teams, along with its U19 and U17 youth teams.

The club will also use the Newsbridge mobile app to enable players and partner agencies to directly access and share match and training photos to social media.

Jan-Philip Kirschke, Head of Content at Bayer Leverkusen says: “The granularity of Newsbridge’s search engine is incredible as we bring 20 years of club archives to the cloud. The platform’s integration with Stats Perform lets us easily pinpoint, clip and collate specific player and match highlights, past and present, and share them with our fans and sponsors much faster. We’re pleased to be using Newsbridge for our cloud media hub.” 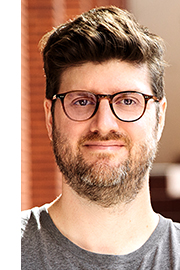 Newsbridge CEO Philippe Petitpont says: “This partnership with Bayer Leverkusen marks Newsbridge’s first German sports club signing, and we’re proud to be helping one of Germany’s biggest football clubs to preserve, access and work with its current and future media archives from anywhere.”

Newsbridge will be exhibiting at the following upcoming events: