AUS: As a follow-up to the NAB 2022 announcement, ATOMOS has released the latest firmware update for the SHOGUN CONNECT and ATOMOS CONNECT that will now enable Frame.io Camera to Cloud (C2C) workflows. This means an unprecedented number of digital cinema, mirrorless, and DSLR cameras can deliver media directly from production to post. With ATOMOS and C2C every filmmaker has the opportunity to accelerate their workflow, collaborate in real-time, and support remote team members, no matter the location, budget, or camera.

Conventional workflows require a significant amount of media movement, which must be proactively managed to ensure footage is tracked, securely backed up, and delivered to all the right locations. The entire process is risky, costly, time-consuming, and ultimately a considerable burden to production teams. The C2C workflow skips a number of these steps and provide a direct path for production to send media directly to the post-production teams. Media is transferred from C2C certified devices on set to the cloud, for viewing, approval, and editing.

Frame.io, an Adobe company, and ATOMOS recognise a shift in technology that will enable a new kind of filmmaking. The roadmap for C2C envisions a tipping point in the next few years where internet bandwidth will become ubiquitous. As a result, cameras will be able to dispense with removable media entirely and it will be common practice for filmmakers to use C2C to upload full resolution 8K RAW files from remote locations. To support this vision, Adobe and ATOMOS have worked together to make C2C available to more cameras and easier to use for everyone. With ATOMOS CONNECT and SHOGUN CONNECT today’s filmmakers can taste the future of digital film production and become the pioneers of advanced cloud workflows.

Recently Trevor Elbourne, ATOMOS CEO, Paul Scurrell, ATOMOS Senior VP Product, and Michael Cioni, Senior Director of Global Innovation at Adobe, sat for a virtual roundtable with filmmakers, Armando Ferreira, Bobby Goulding, and Dru Williams to talk about the way filmmaking is evolving. In a wide-ranging conversation the panellists discussed the state of the industry, how Frame.io and ATOMOS technologies have already had an impact on their productions, and how new ATOMOS devices will further accelerate their workflow, while introducing new ways for their teams to collaborate. You can watch the ATOMOS roundtable discussion during their YouTube premiere on Thursday, August 18th at 11am PDT.

SHOGUN CONNECT and ATOMOS CONNECT
SHOGUN CONNECT and ATOMOS CONNECT for NINJA V & NINJA V+ capture high-quality content in a range of professional formats. When capturing to Frame.io the device can be set to record high-quality “hero” and bandwidth-efficient “proxy” files simultaneously. The files are created with matching filenames and timecode so that they can be easily swapped in an NLE later. Recording in this way produces great-looking HEVC (H.265) “proxy” clips alongside full-resolution “hero” clips in either Avid DNxHR/HD or Apple ProRes. This workflow is simply the fastest way for remote teams to publish clips directly to Frame.io without the typical delay of waiting for camera cards to ingest or hard drives to ship.

Frame.io Camera to Cloud
Since its launch in early 2021, C2C has been used by over four thousand productions to instantly get footage from the set to post-production teams. Files are transmitted to Frame.io using standard 4G LTE, 5G, or Wi-Fi networks. Editorial teams using Frame.io NLE integrations will see new clips populate into their bins throughout the day. Now with video captured by ATOMOS CONNECT and SHOGUN CONNECT, an exponentially increasing number of cameras are compatible with C2C workflow.

ATOMOS CONNECT or SHOGUN CONNECT devices are paired with Frame.io using ATOMOS Cloud Studio. Once the devices are registered and linked to a Frame.io account, media can be uploaded immediately. Every file is instantly available to view in Frame.io, or download into integrated video applications, including Premiere Pro, Final Cut Pro, and DaVinci Resolve. With C2C and ATOMOS anyone is able to collaborate from anywhere in the world. 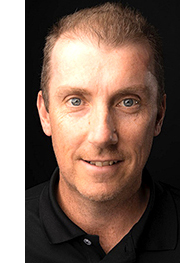 “The partnership with Frame.io, alongside the CONNECT range of products, and the launch of ATOMOS Cloud Studio represent a continuation of the founding philosophy of ATOMOS - to create great, affordable, easy-to-use tools and technologies for filmmakers.

"We see this as a further opportunity to deliver cutting-edge workflows that will allow our customers to collaborate in new ways, work more efficiently, and ultimately advance their craft,” - Trevor Elbourne, CEO ATOMOS.

Frame.io C2C support is included in AtomOS 10.81 available for download now from: my.atomos.com

For more information and to register for an ATOMOS Cloud Studio account visit: cloud.atomos.com