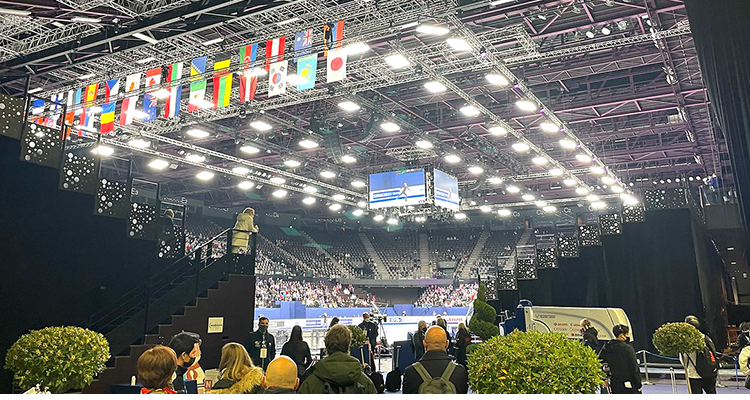 When planning the lighting installation for this giant live sports tournament, the team around Lighting Designer Anton Weber was faced with a number of creative challenges. The ice rink in the Sud de France Arena in Montpellier had dimensions of 60 x 30 meters (196 x 98 feet), plus the space for contestants and coaches, and the scoring corner before and after the athletes’ performances. In total, a huge area totalling 70 x 35 meters (230 x 115 feet) needed to be illuminated evenly for the event - not only to create an impressive live show for more than 5,000 spectators but also for the live TV cameras covering the World Championships. With support from ARRI, Weber and his team determined they needed 88 ARRI SkyPanel S360-C lights to illuminate the event. “It was very important that neither athletes nor the audience were blinded by the lights. And that’s where ARRI comes in: You can look straight into SkyPanels for minutes, and you still don’t have a problem,” says Weber. 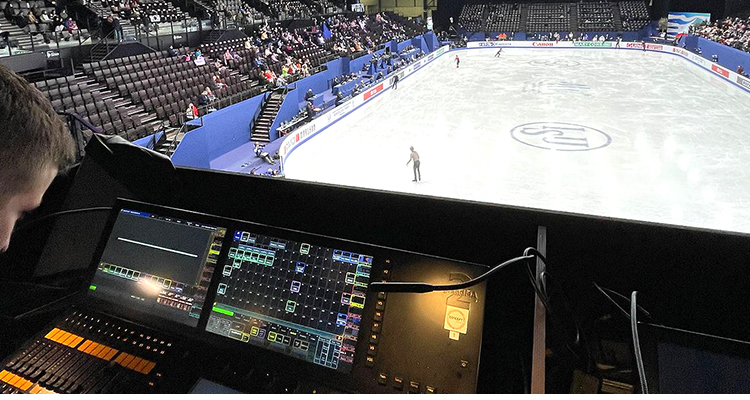 For eleven days of preparations and competitions, the SkyPanels were managed from one console.

This massive lighting installation was set up within two days before the World Cup’s opening ceremony on March 21. Sitting at a height of 16.5 meters (54 feet) above the ice rink, the SkyPanels were mounted on seven traverses with 70 meters (230 feet) each and two traverses with 35 meters (115 feet) in length. The technical setup was completed within a few hours: On the lighting console, the SkyPanels were carefully adjusted and set to an illuminance of 2,000 lux with the help of intensifiers. The result was stunning: Perfect lighting conditions for skaters and spectators, no shadowing from the athletes on the ice rink and natural skin colors for the live TV cameras. With color changes and rainbow effects, Weber and his team managed to give the event a unique lighting identity. All SkyPanels were running for 15 hours daily over the course of eleven days. “The reliability of ARRI products is simply extraordinary,” says Weber. 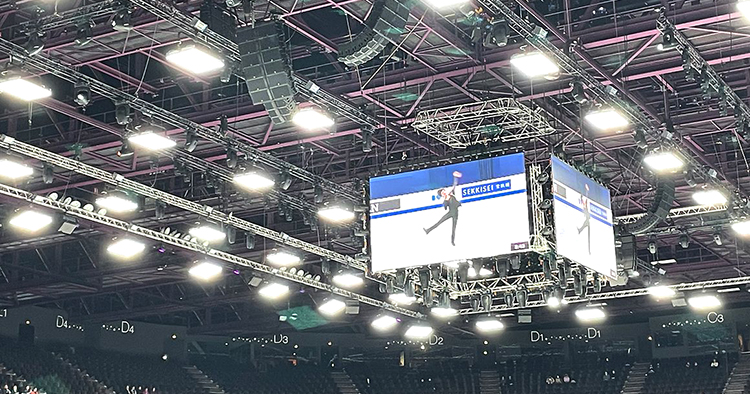 Lighting Designer Anton Weber has a long history of high-profile projects on his résumé. Born in Innsbruck, Austria, he has lived in Paris for over 40 years. At the beginning of his career, he worked mainly in the film industry, but then switched to live concerts, sports events and TV productions. Among his personal highlights were the opera Turandot in the Olympic stadiums in Sydney, Australia, and Montréal, Canada, as well as the European tour of French composer and performer Jean Michel Jarre in the nineties. In 2012, Weber covered the European concert tour of French singer Zaz. He did the lights for French television at the 2017 World Championships in Athletics in London, a basketball All-Star-Game in Paris, and the IFSC Climbing World Championships in Innsbruck 2018. He is also an expert on figure skating, having done the lighting installation at two World Championships in Nice and regularly illuminating ice rinks for international figure skating shows. Across his different projects, ARRI lights have always been his designated choice. “If you buy a Mercedes instead of just any car, you know it works. For me, it’s the same with using ARRI equipment: I can be a 100% sure it does exactly what I want it to do,” Weber explains. 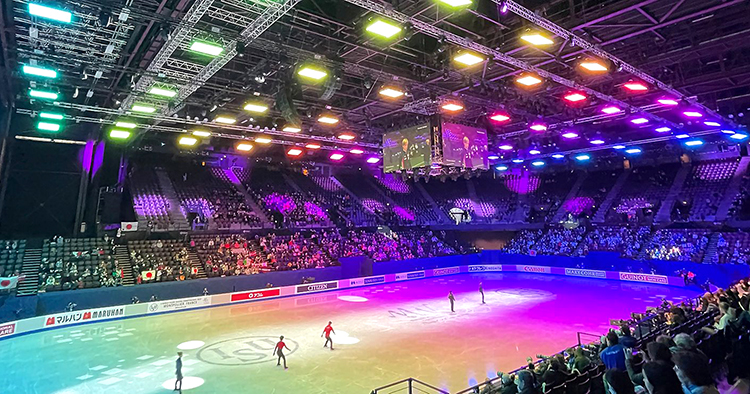 Using SkyPanel S60-C lights, Weber has done installations for Vivianne Westwood fashion shows, among other projects. For the illumination of a documentary about Swiss musician Stephan Eicher in 2017, he used ARRI L-Series lights with Fresnel lenses. “Working together with ARRI, somehow everything always works out”, the lighting designer says. For the Figure Skating World Championships 2022 in Montpellier, French event management company GB4D commissioned Weber and requested to also test products from different ARRI competitors. After this “initial casting,” the SkyPanels proved to be the right choice for the event because they were the only ones to meet all lighting requirements. The equipment was ordered from a Belgian rental company. In the end, for Weber and his team, the Figure Skating World Championships turned out to be a very successful and very cool event.