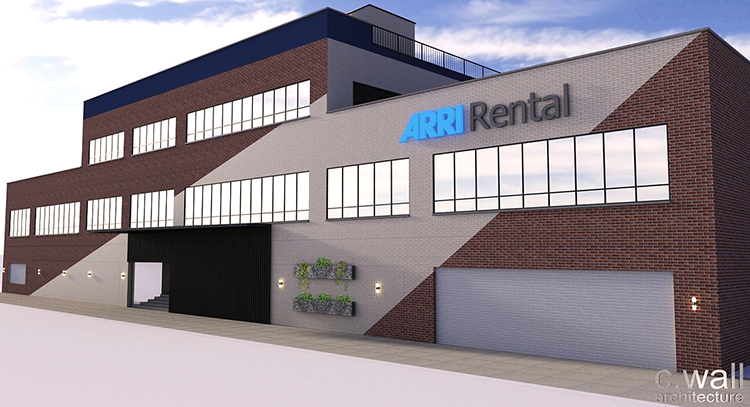 USA: ARRI Rental North America, a leading camera, lens, and grip equipment rental service company, announces plans to open a new headquarters in Long Island City, New York, during the first quarter of 2022. The state-of-the-art facility will offer comprehensive equipment and exceptional services, enabling ARRI Rental to provide an even higher caliber of service and support to its customers. The new location will also serve as a creative hub for production communities in New York and the greater North Eastern region.

As consumer demand for film and television content increases due to the growing popularity of streaming services, production spending - and the need to support filmmakers - has never been higher. ARRI Rental’s new office space is designed to fulfil these needs, helping creatives and studios access cutting-edge production solutions and services as they work to produce the next generation of entertainment and commercial content.

“The relocation to our new North American HQ serves as another example of our dedication to supporting filmmakers in the hub of New York’s production scene, offering timely services and extensive support to our clients and creatives,” says Andy Shipsides, President of ARRI Rental North America. “This also comes at a time when the production community is experiencing increasing demand and 2 exponential growth. Our team is very excited to offer their expertise at the new location, and we look forward to this new facility providing a valuable resource for the community, with improved access to our industry-leading products and services.”

With a grand opening scheduled in the first quarter of 2022, ARRI Rental NYC will be the company’s largest facility in North America. The new office location will bring together operations and personnel from ARRI Rental’s current Secaucus, New Jersey and Brooklyn, New York facilities into a unified presence under one roof. The existing locations will continue to operate and service clients until the move to Long Island City has been completed in early 2022, with a transition plan in place to ensure continuity of service for clients’ productions.

The three-story space will feature 10 large prep bays, four feature rooms, a machine shop, and a customer lounge designed to offer the best production prep experience in the North East. The 42,000 square-foot facility will also include a creative space, and two 8,000 square-foot rooftop decks designed for hosting events, camera tests, product demonstrations, training, and film screenings. The Long Island City location was chosen to offer fast and efficient access via highways and public transit, and is in close proximity to major New York-area stages.

The new office opening comes at a time when the ARRI Group’s businesses are focused on growth globally. ARRI Rental’s North East relocation initiative represents a continued commitment to the production industry, following the June 2021 opening of ARRI’s new state-of-the-art mixed reality studio in the United Kingdom, and the opening of ARRI’s West Coast facilities in Los Angeles in March of 2019.

ARRI Rental’s mission is to be instrumental in realizing the creative visions of international filmmakers and content producers by providing first-class camera, lighting and grip equipment - and an unsurpassed level of service - to the feature film, television, advertising, broadcast, and events markets.

Operating through a network of rental facilities in North America and across Europe, the group’s combined resources and expertise allow ARRI Rental to develop and roll out exclusive, proprietary technologies. These include ALEXA 65, the world’s only true 65 mm digital cinema camera system, as well as diverse and customizable lens options across all formats.