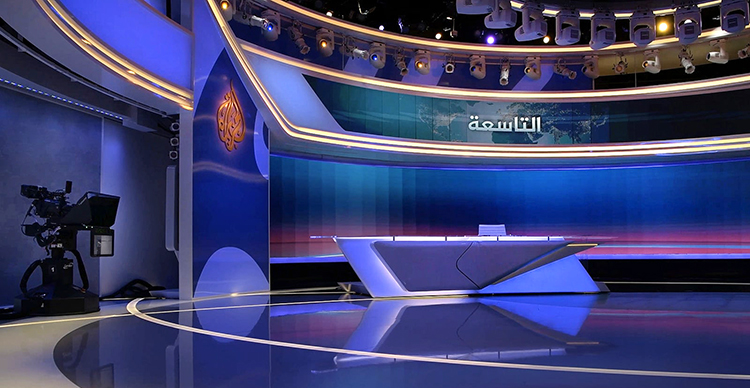 CAN: Al Jazeera, the international news organization based in Qatar, recently celebrated its 25th anniversary. As part of the event, it revealed a brand-new upgrade to Studio 5, its primary newsroom and news studio facility. For the new design, Studio 5 was divided into two newsroom areas and three studios - a significant change from the previous layout used from 2016 to 2021.

When revamping the studio, Al Jazeera chose to adopt a full suite of Ross studio robotic camera systems to capture shots across the new studios from a variety of vantage points.

Asef Hamidi, Director of News said, “The pursuit of an innovative narrative in presenting the news is always an ongoing objective of ours, it would be quite challenging to accomplish that, without the right tools and means. With the new remarkable technology from Ross Robotics we have adopted, it is tough not to be impressed by the results.”

The new Studio 5 features five Ross SkyDolly ceiling-mounted camera systems, seven CamBot free-roaming XY pedestals, and the Vision[Ai]ry Facial Tracking (Ft) system. As part of the renovation, Al Jazeera installed four SkyDolly tracks on ceilings throughout the facility, with the largest being 60 meters long, circumnavigating the entire studio and newsroom. Another large circular track was installed in the main studio, which features two SkyDollies to cover every angle, and added tracks to the newsrooms as well.

When paired with the SkyDolly systems, the CamBot pedestals offer added flexibility, as they can be positioned and moved anywhere on the studio floor. The Vision[Ai]ry Ft system improves the quality and consistency of Al Jazeera’s broadcasts by automatically tracking on-air movements of talent in the studio, ensuring that robotic camera moves are smooth and keep talent well-framed at all times. 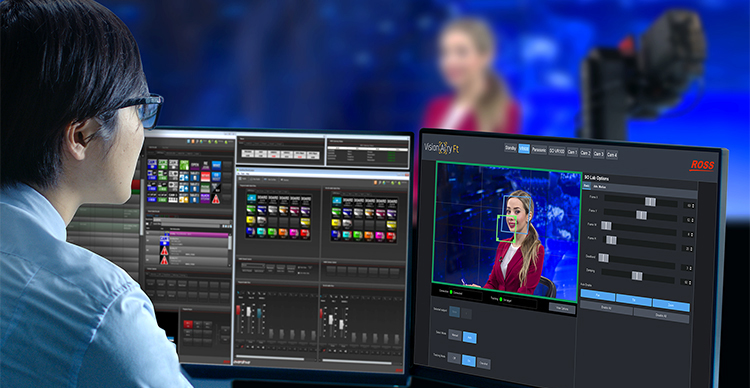 When speaking on the initial plan for the revamped studio, Mr. Ahmed Marzouq AlFahad, Executive Director of Technology & Network Operations at Al Jazeera, said, “When we decided in early 2021 to completely renovate our flagship studio for Al Jazeera’s 25th anniversary, we were aware that the timeline was tight and challenging. However, Al Jazeera and the System Integrator had worked with Ross Robotics in the past and we knew that they could accomplish this within the short deadline. We planned for a modern appearance that would mix stunning camera views with one of the most exquisite studio designs ever created. Everything was integrated into the set design in record time, despite the numerous challenges posed by the activities that had to be carried out simultaneously.”

Commenting on the project, Miguel Declerck, Senior Business Development Manager EMEA at Ross Video, says, “Al Jazeera is one of the biggest references in the broadcast world, so it was a great honour when they asked us to equip their new studios with twelve of our robotic systems. It was important to Al Jazeera that five out of the twelve robots would be hanging from telescopic lifts while still providing perfectly stable moving on-air shots. At the same time, the robots had to be 100% fall-proof and perfectly integrated into the magnificent set design covering the floor, walls, and ceiling. And these challenging conditions are exactly where our SkyDolly shines. We are extremely pleased with the symbiotic cooperation between the customer, system integrator, set designer, lighting, and set builders on this project.