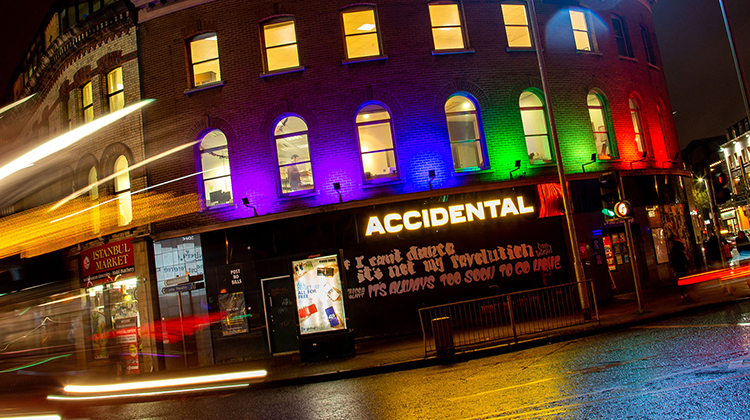 USA: Accidental Theatre, a charitable organisation based in Belfast, Northern Ireland and a non-traditional arts company that provides a range of creative opportunities and performance space to performing artists across the city and increasingly the country, has turned to LiveU's multi-camera solution to provide reliable, dynamic, live streaming capabilities, extending the reach of their performances via their website.

Accidental Theatre began life in 2011 as a touring arts company and quickly evolved into taking over and converting venues into performance spaces. In 2017, it took over the current space it occupies, an old bank, and redeveloped it as a “venue for people to try things and to grow what they do,” explained Richard Lavery, Artistic Director.

Lavery said, “We had always designed this building to be very internet accessible. Prior to the pandemic we were already streaming a couple of shows a month, usually in quite a low-key way, in terms of both promotion and the technology we used. Then the pandemic hit and we, of course, had to close every in-person aspect of our business. When we realised this would be for longer than we initially thought, we started to reach out to festival organisers, other artists and businesses to explain what we were planning to do in terms of live streaming and new possibilities.” 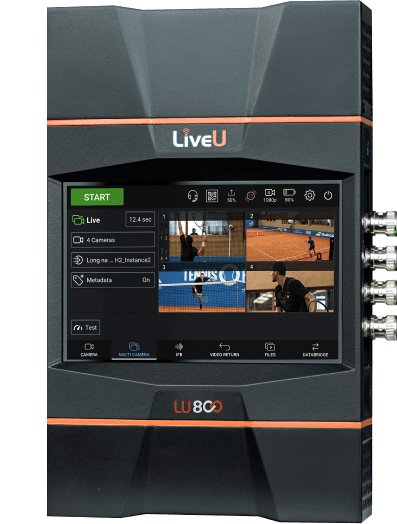 The pandemic has seen Accidental Theatre significantly expand its live streaming capabilities, turning to LiveU to do so. Lavery and his team created a small control room and editing space in the theatre and two small studios in what were the bank vaults. They also selected installed a Blackmagic Atem production system and moved from a two-camera setup to a six-camera, including multiple PTZ cameras.

Lavery said, “External requests grew, and we were increasingly working not only in our venue but also from other venues and outside spaces around the city. Sometimes this meant multiple spaces in a day. We knew we needed a system that would allow us to do all of this without the client worrying about live streaming reliability and audiences knowing that the stream would be high-quality and reliable. The system also had to be compact and portable. That’s where the LU800 comes in.”

LiveU's LU800 production-level field unit is at the core of the live streaming setup and is connected to three PTZ cameras that can either be controlled onsite or remotely from the control room back at the Accidental Theatre venue. On top of that they use an audio interface that takes a mix out of the desk - or they can build their own mix - into an audio embedder into one of the camera feeds that then comes back to a LiveU server in the control room where they do the final mix. They have one or two operators onsite and one or two in the control room. The LiveU Solo is used to provide ultimate redundancy for the final stream.

Lavery said, “The reliability of the LiveU technology is a huge benefit. That’s the number one priority for us. The LU800 has a fantastic balance between quality and reliability and the quality is way higher than even I was expecting. The LU800 is absolutely rock-solid so we can generate really high-quality streams. We do think of what we’re doing as an entirely new platform. It’s not going to replace in-theatre performances, of course, but it’s going to make our work much more accessible across the country. We see a whole range of new possibilities.”

Malcolm Harland, Country Manager, UK, LiveU, said, “This is a really interesting use of our technology, opening up new creative and revenue possibilities for performers and performance spaces. We’re very impressed with the way Richard and his team have approached this and developed their system. And, of course, the fact that they can create such exciting content so reliably really says it all.”