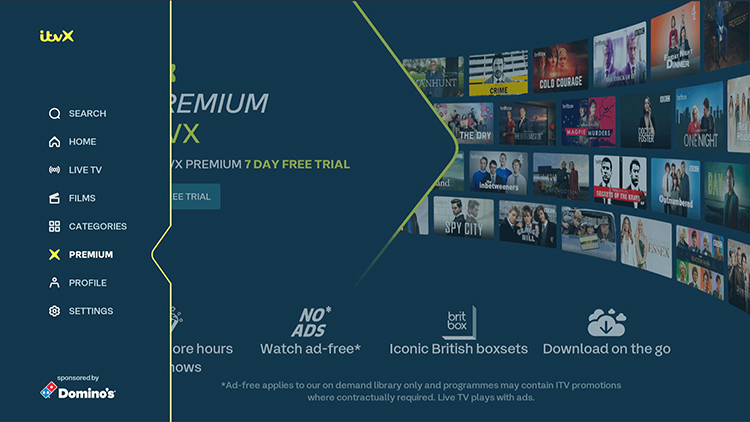 Launched recently, ITVX is the UK’s freshest streaming service, with viewers gaining access to over 10,000 hours of high definition free programming and more new shows to stream for free than anywhere else, plus thousands more hours added in the subscription service.

ITVX delivers a mix of live linear content, curated FAST channels, and an extensive VOD library, including British box sets from BritBox and content from other partners. Much of the new content will be streamed on ITVX first, appearing on ITV’s linear channels months later.

Working alongside in-house teams, Accedo has developed the video service for a number of platforms, including Youview, Freeview, Android TV, Freesat, Roku, Samsung Tizen, Samsung Orsay, and Xbox, as well as for the ITVX website. Building on, and replacing the existing  ITV hub and ITV Hub+, ITVX has been developed with a completely new technology and user architecture, leveraging Accedo’s client-side application frameworks,  resulting in significant performance improvements.

Thanks to enhanced data capability with ITVX, the broadcaster is able to deliver a highly personalised service for viewers across the UK. In the ad-funded tier, this personalisation is delivering value to both advertisers and viewers, displaying ads in front of a much more targeted and engaged audience.

Steve Forde, Director of Product: Core Experience, ITVX, commented: “With rapidly changing viewing habits and an increased appetite for free ad-funded content, we wanted to massively scale up our streaming ambitions, which is what we've done with ITVX. Accedo has been a trusted partner for years and has helped us deliver a compelling and engaging streaming service which will help us deliver our programmes to as many people as possible in all the ways they want to watch them, while also offering more value to our advertisers.”

Michael Lantz, CEO, Accedo, added: “I’m thrilled to be supporting ITV with the launch of ITVX, promising more fresh new content than any other British VOD platform.  The vast range of different and popular video content, coupled with the choice of AVOD and SVOD tiers, and the different viewing options from FAST channels to video-on-demand, will set a new standard on the market for broadcaster video services.”