5GMediaHUB kicks off with Brainstorm 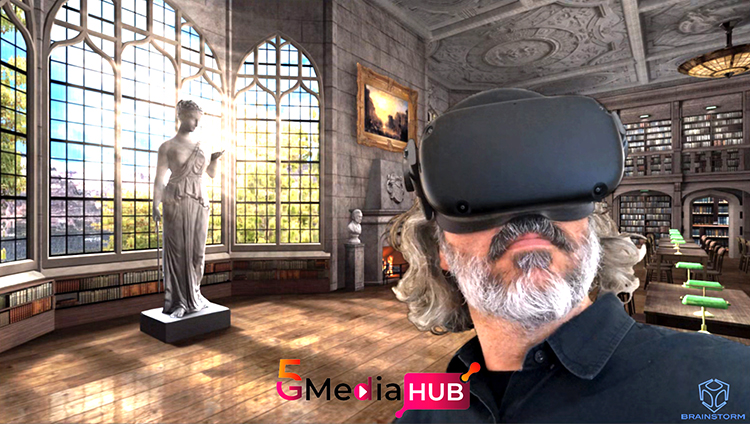 ESP: Brainstorm, leading manufacturer of real-time 3D graphics and virtual studio solutions, has announced its participation in the 5GMediaHUB project, which aims to accelerate the testing and validation of media applications with 5G technology. Brainstorm will lead the definition of the different cases of use of the project, its technical requirements, KPIs, and will also establish the basis on which the validation plan will be designed. The specific scenario to be developed and validated by Brainstorm is focused on broadcasting panoramic virtual content optimally to multiple users.

The new H2020 5G-PPP Phase 3 project 5GMediaHUB “5G experimentation environment for 3rd party media services” began its activities in January 2021 with a kick-off meeting held virtually, in which the 17 consortium partners from 11 European countries, comprising of large companies, SMEs, Universities and Research Centers, discussed the plans regarding implementation of the project over the next three years, acknowledging the significant role and potential of 5G. The project is coordinated by the Centre Tecnològic de Telecomunicacions de Catalunya (CTTC) from Barcelona, Spain, a leader in 5G research in Europe.

The 5GMediaHUB project’s objective is to develop a testing and validation environment over two existing 5G experimental platforms, located in Barcelona and Oslo, in order to create the 5GMediaHUB Experimentation Facility, which will constitute an elastic, secure, trusted, all-in-one and multitenant service execution and Network Applications (NetApps) development environment.

5GMediaHUB will offer 3rd party application developers, such as service providers, the opportunity to experiment, test and validate their media applications by using the 5GMediaHUB Experimentation Facility. This will reduce the time needed for an enterprise to make its services available to end-users. The outcomes of the project will benefit the European media industry considerably, particularly SMEs, enabling it to become a force to be reckoned with at a global level.

“In 5GMediaHUB we capitalize on the experience from previous 5G projects in network slicing and orchestration. Existing well-established 5G platforms will be extended during the project in order to test 3rd party media services to enable the EU to achieve its goal of becoming a world leader in 5G”, stated 5GMediaHub Project Coordinator Christos Verikoukis, Research Director at CTTC.

The use cases that will be tested are Immersive Augmented, Virtual and Extended Reality applications; smart media production; and smart media content distribution. The outcomes of the experiments will offer valuable information and insight regarding the 5GMediaHUB Experimentation Facility performance.

“The 5GMediaHub project will allow Brainstorm to use, test and validate 5G technology with its virtual reality and augmented reality graphic applications for the broadcast sector,” adds Francisco Ibáñez, R&D Project Director at Brainstorm Multimedia.